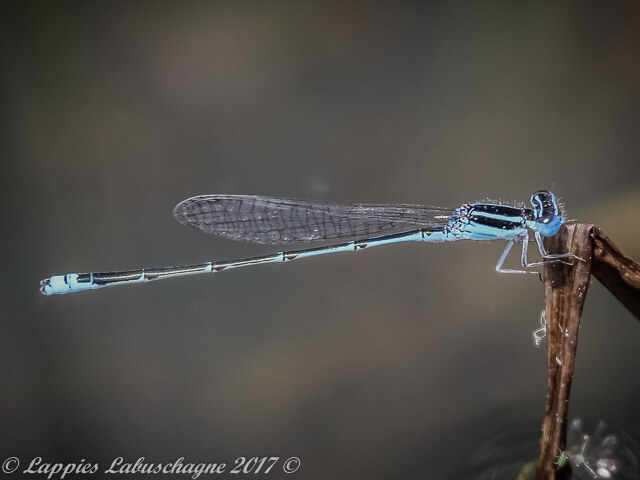 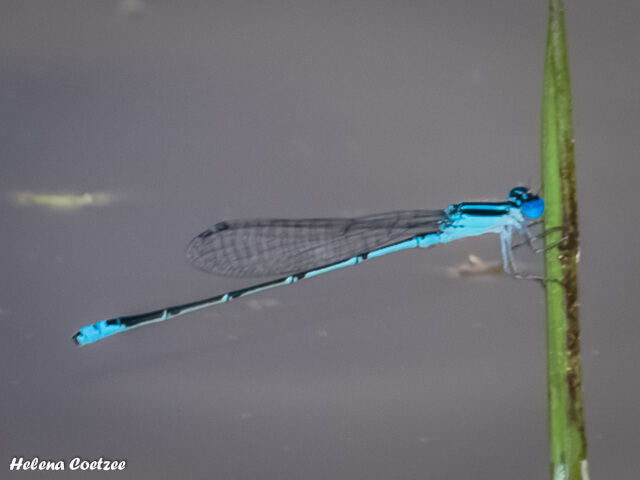 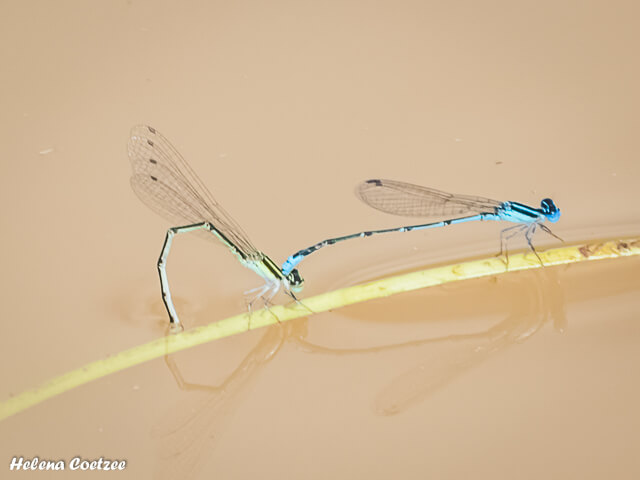 Small, bright blue and black Damselfly, with a distinctive black pattern on the end of the abdomen (S8).

It occurs at pools, vleis and small lake usually fringed with bushes or trees and with with an abundance of grasses, sedges and lilies.
Occasionally also occurs at grassy margins of slow river reaches.
Savannas of Southern and Eastern Cape coast, and coastal,
central and northern parts of KZN to the northern parts of South Africa.