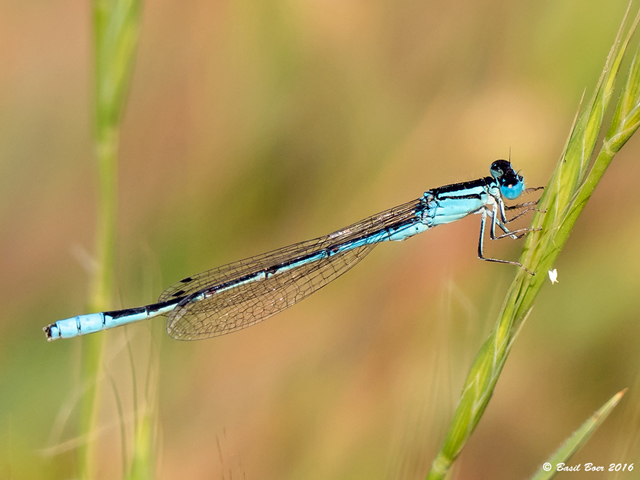 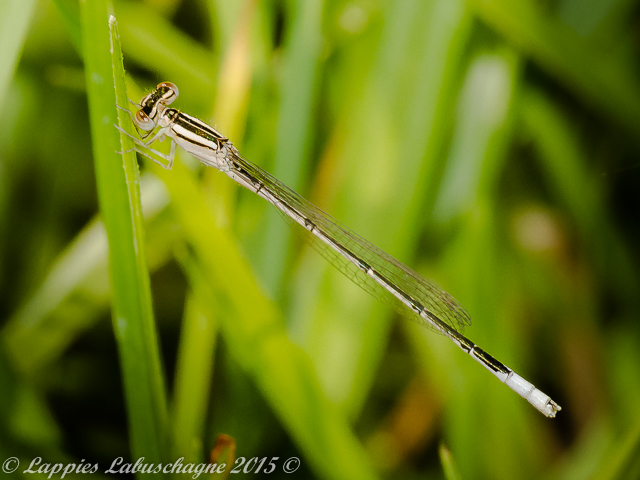 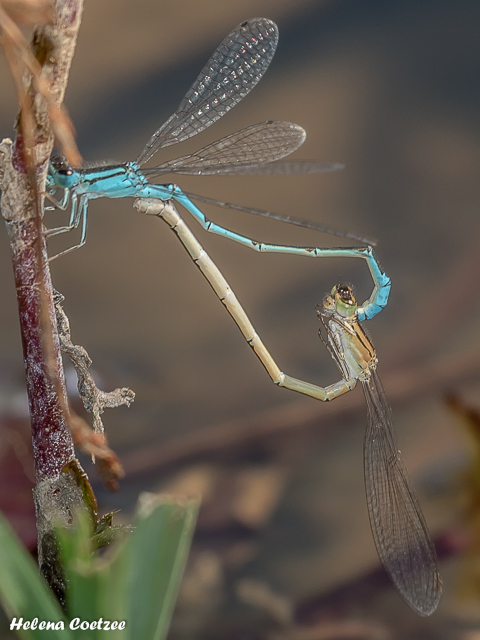 Small, blue and black coloured with blue markings at the end of abdomen, (S8 and S 9). The eyes are blue with black cap that merge with black band on top of the head.

Common throughout SA.
Frequents still water swampy habitats like pools, dams and still parts of streams and rivers
with an abundance of short grasses, reeds, sedges and submerged aquatic vegetation.