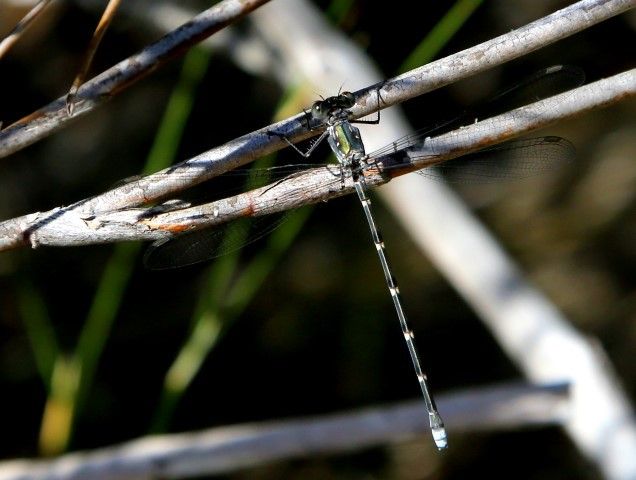 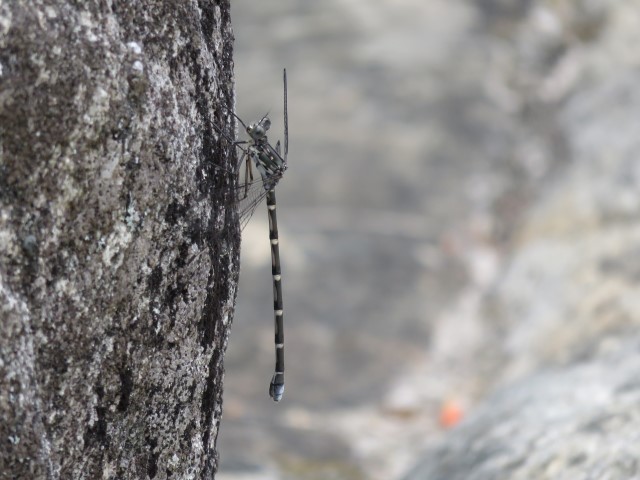 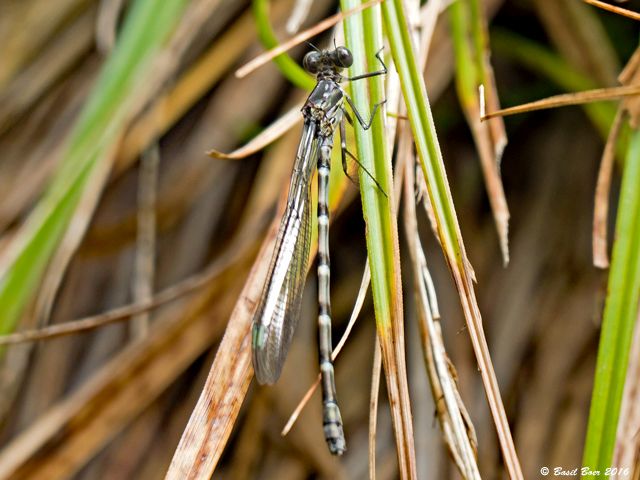 Rock Malachite, Ecchlorolestes peringueyi, Rotsmalagiet fairly large sized, robust, marbled straw and brown, and very different in appearance from all other Malachites. When perched on rocks with wings spread, it blends with the rocks.

Endemic to South Africa and restricted to the Western Cape mountains.
Inhabits clear montane streams and rivers with clear pools that are strewn with very
large lichen-covered boulders, but sometimes headwaters, in open landscapes, but possibly
also in shade of gallery forest. Often with emergent vegetation, coarse detritus, rocks and
a soft (like muddy) bottom, probably especially calmer sections (like pools).
Inferred to occur from 0 to 1000 m above sea level, but possibly up to 1600.