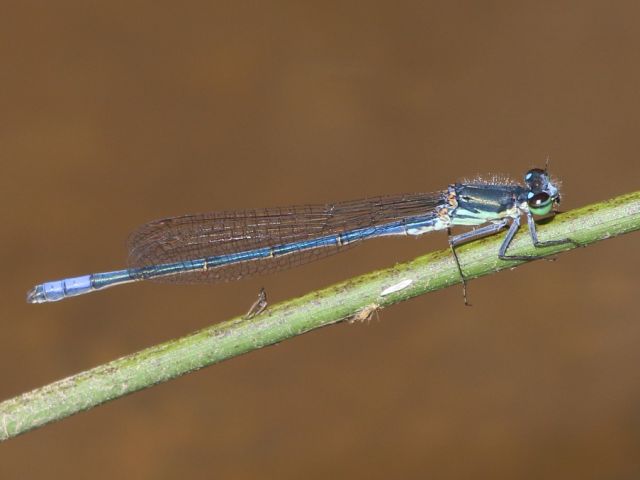 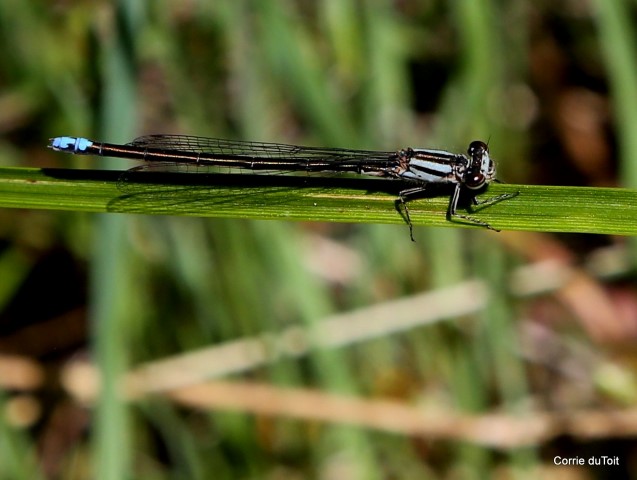 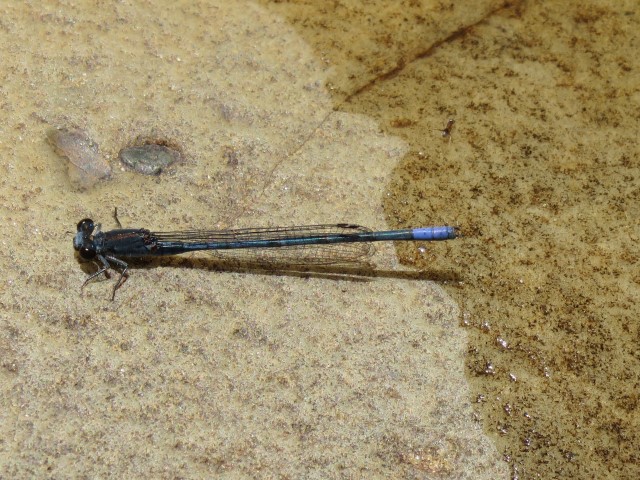 Mountain Sprite, Pseudagrion draconis, Berggesie is small slate blue damsel with mauvish blue abdominal tip. It has a black face with pruinose forehead and a black labrum. The postocular spots are blue circular to oval. The Western Cape populations lack the postocular spots. 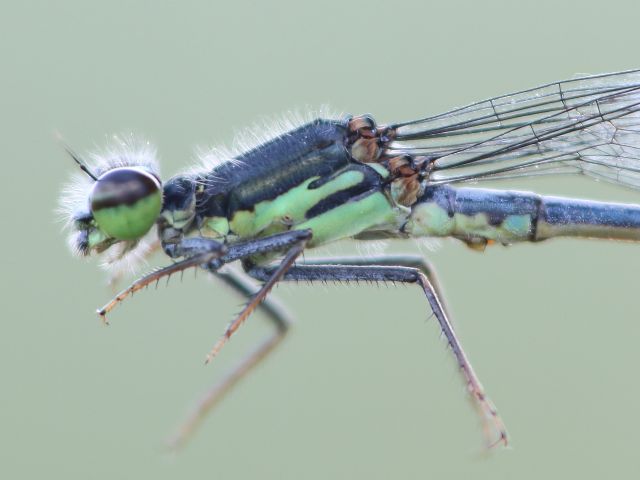 Click on all images or articles to open or enlarge 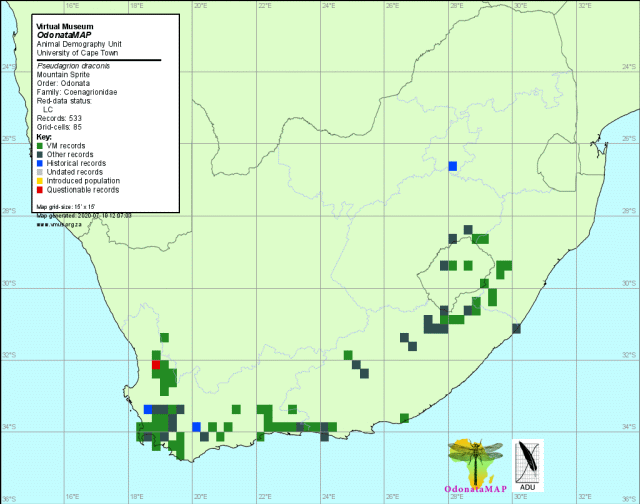