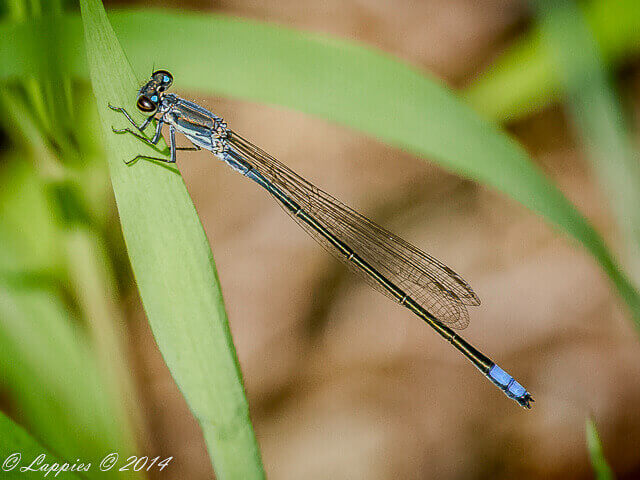 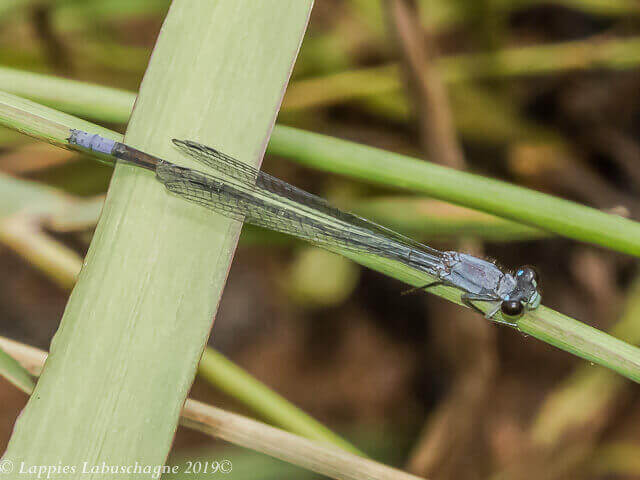 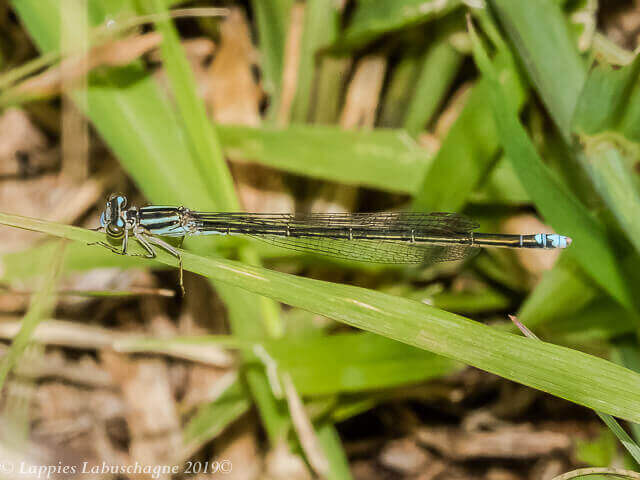 Small to medium sized, marked by a dark slate blue pruinosity especially on the thorax. Eyes are black above and green below. The blue colour of the postocular spots as well as S8 and S9 are much brighter than the pruinosity of thorax

Widespread throughout much of SA, but scarce in Western Cape. It is the most abundant sprite in South Africa.
Frequents of sedge, grasses and reeds of- streams, small rivers, natural pools and ponds.