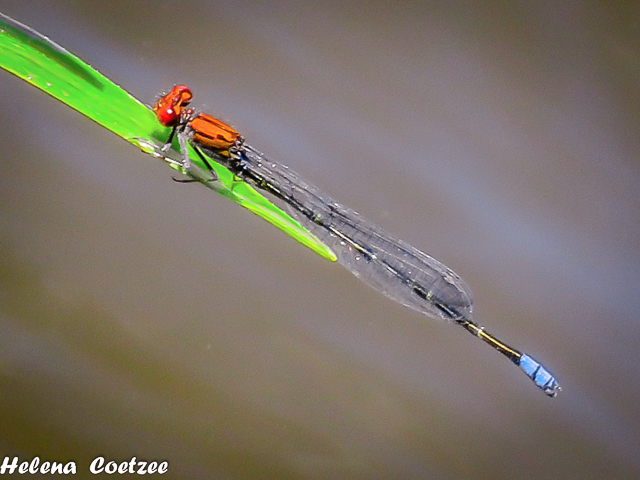 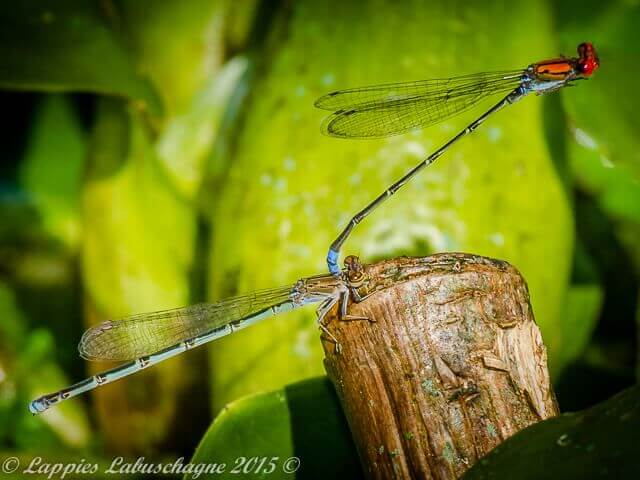 Small red headed damselfly with red thorax and coral red eyes. It has large reddish-brown dumbbell-shaped postocular spots and orange on the side of the thorax. The abdominal tip is bright blue.

In southern Africa, this species is widespread in South Africa. Africa  north to Somalia, and west to Ghana.
Frequents standing and probably often temporary waters, as well as rivers, streams and possibly large lakes, in open landscapes.
Often with emergent and aquatic vegetation, in streams probably especially at pools.
From 0 to 2000 m above sea level, but mostly below 1700