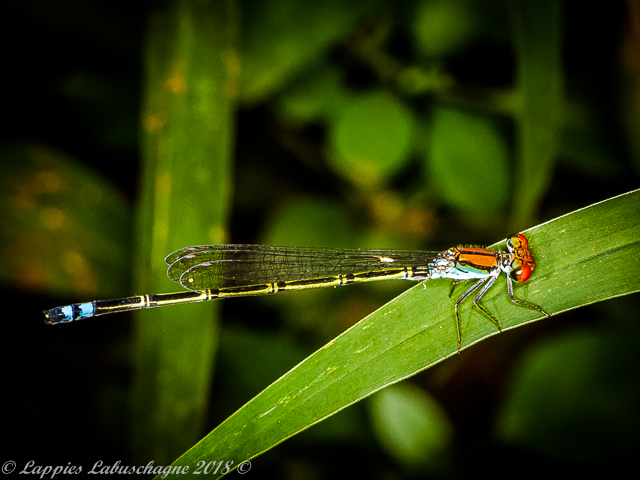 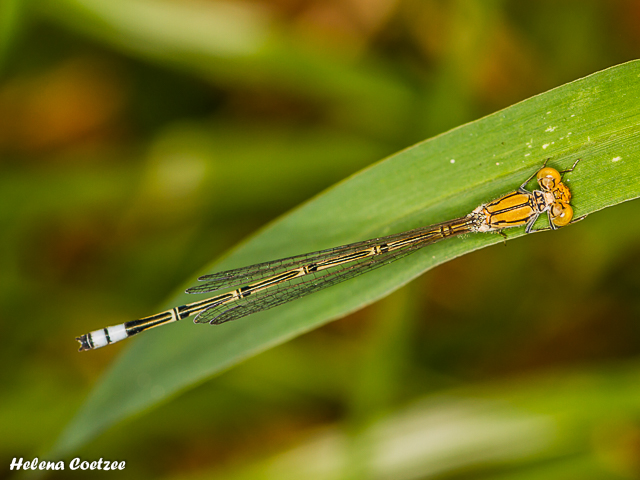 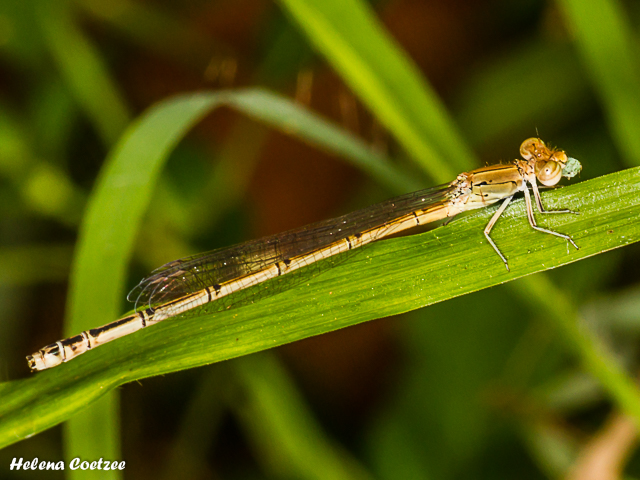 Medium sized with a rusty face and thorax with green postocular spots and diagnostic markings on segment 8-10 of the abdomen.

Limpopo valley Mpumalanga and northern KZN.
Prefers rivers in open landscapes, but sometimes shaded by gallery forest.
It can be found in shady areas away from the water, sometimes on the high river bank.

Male and female often at same location. Feeds on lice and other insect by flitting among the grass and small brush. Picking food of the leaves or catching prey in flight.