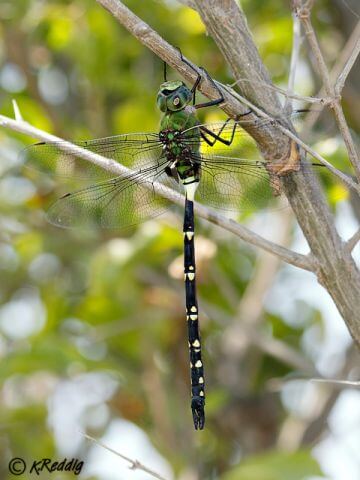 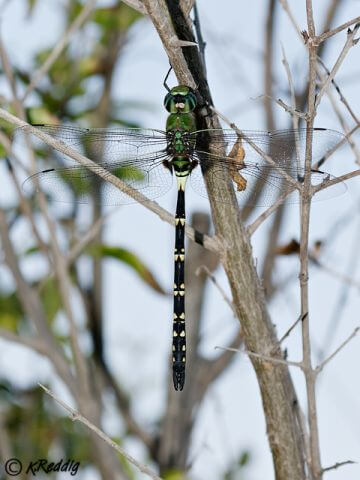 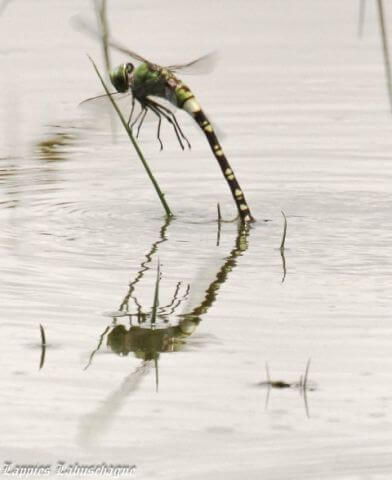 Very large sized, mostly black with a distinctive cream ring at the base of abdomen.

Found in the warm northern and eastern areas of South Africa.
Frequents pools, small dams and waterholes in open or savanna areas.
Such pools and swamps may be without water weed or fringing vegetation.
From 0 to 2100 m above sea level, but mostly below 1600.