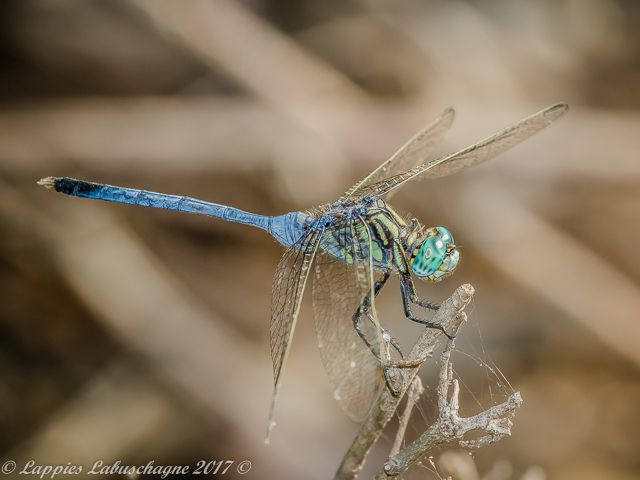 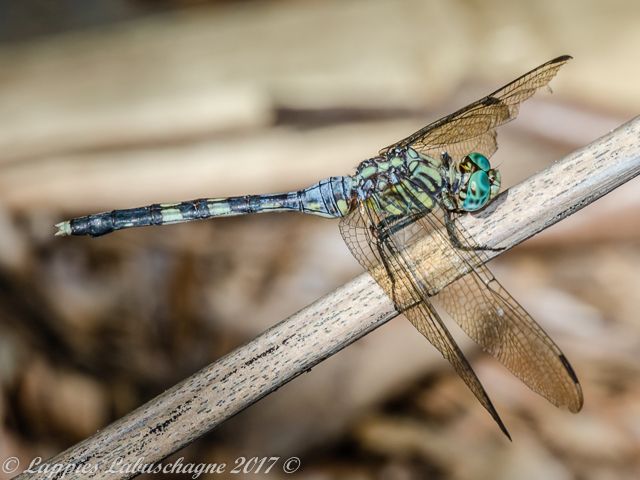 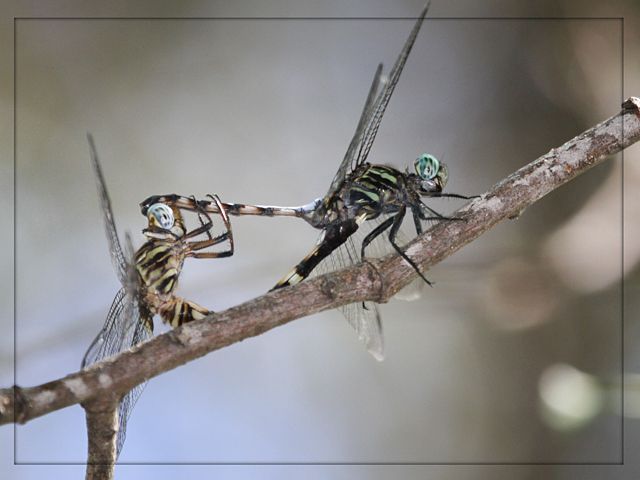 Fairly large, robust and pruinescent greyish blue.stripe between the wings.