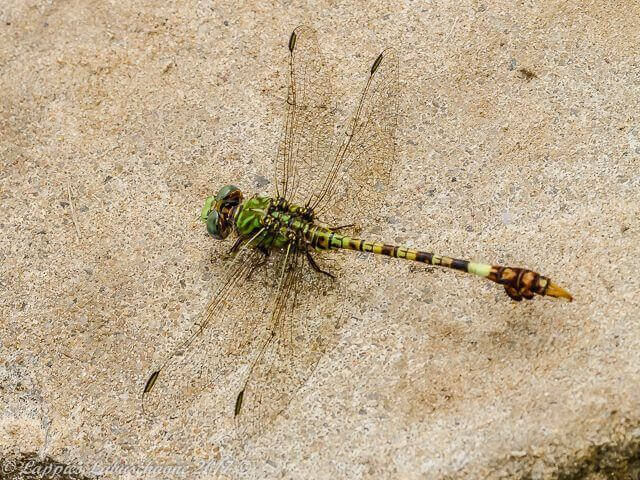 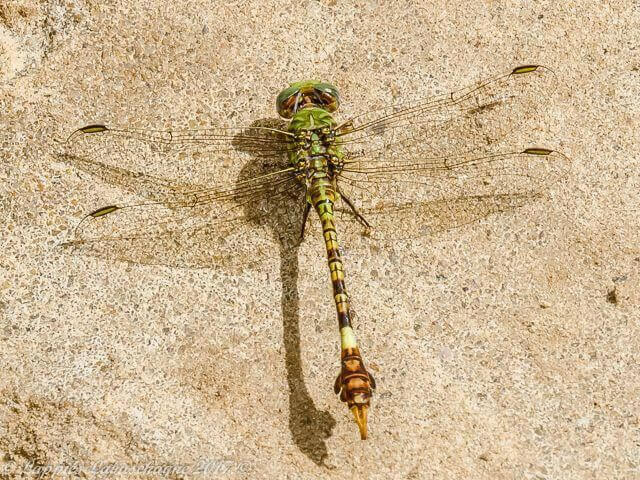 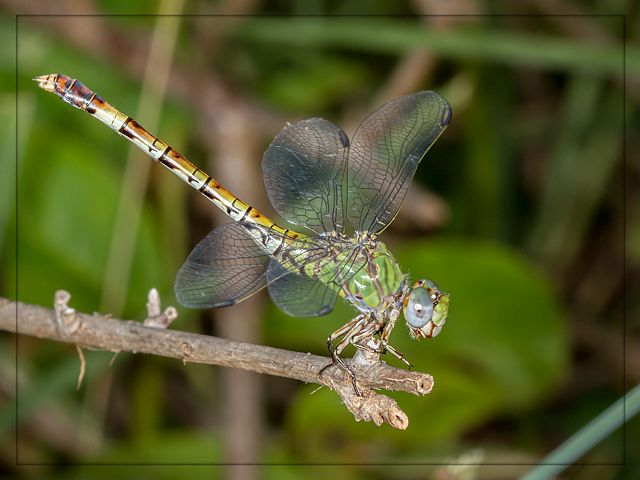 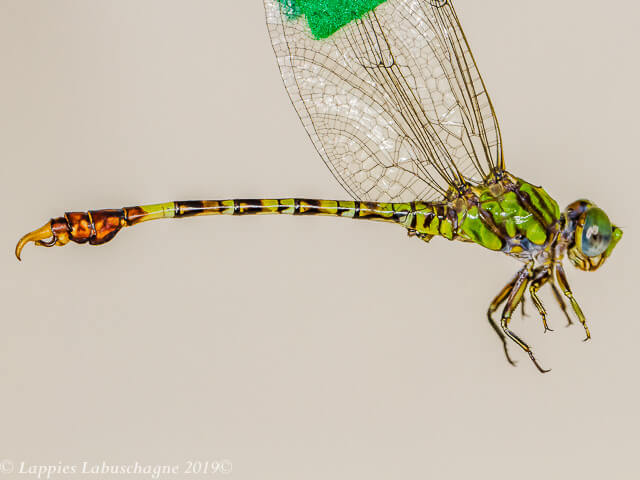 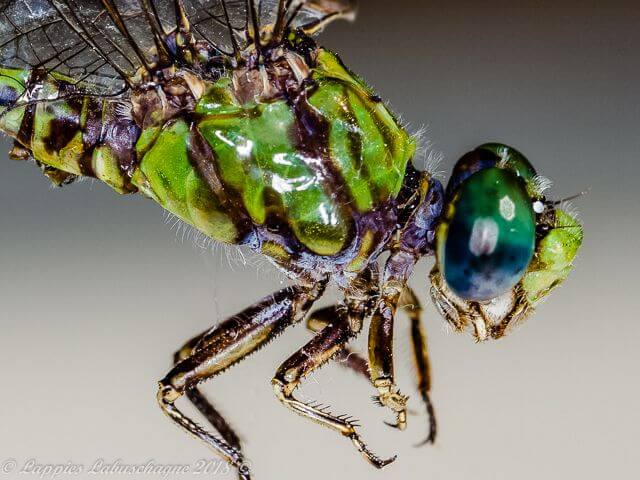 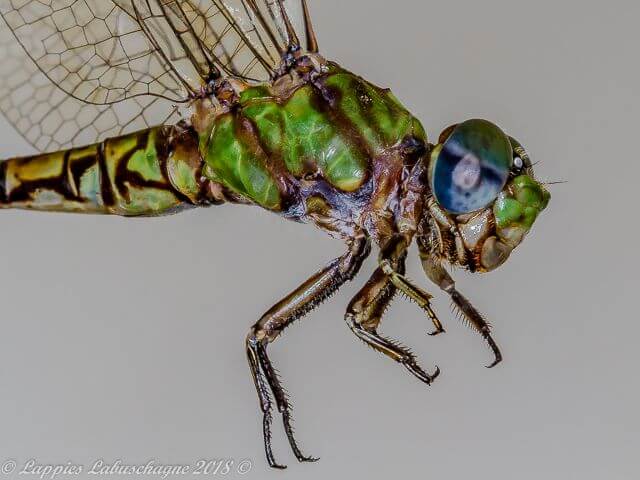 Recorded from the Western Cape and the Eastern Cape, but abundant records from KZN, MP, GP and LP
Moist, gravel or sandy shores of savanna rivers, occasionally on the exposed shores of pools and dams, and temporary waters.
One of the few Gomphidae that is able to complete larval development in less than a year (about two months). It is assumed to be
multivoltine (more than one broods per year). The species often has enormous larval populations of up to 100 individuals per square m
in perennial sections of ephemeral rivers. But also large populations e.g., in
lower Orange and lower Kunene River.

Perches with its abdomen raised at a slight angle at the water’s edge, darts off rapidly but returns again to the shore.