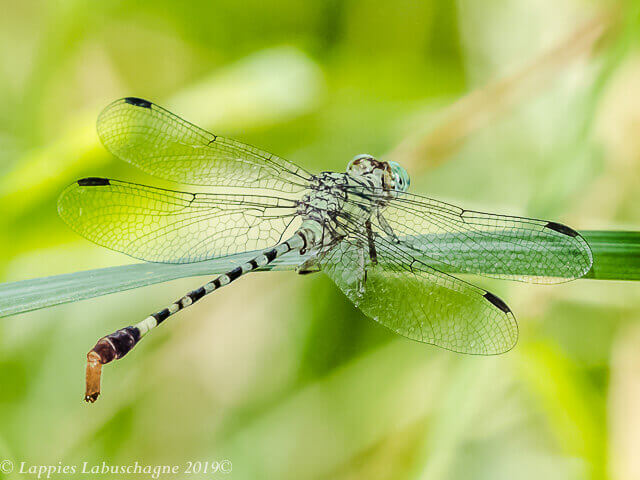 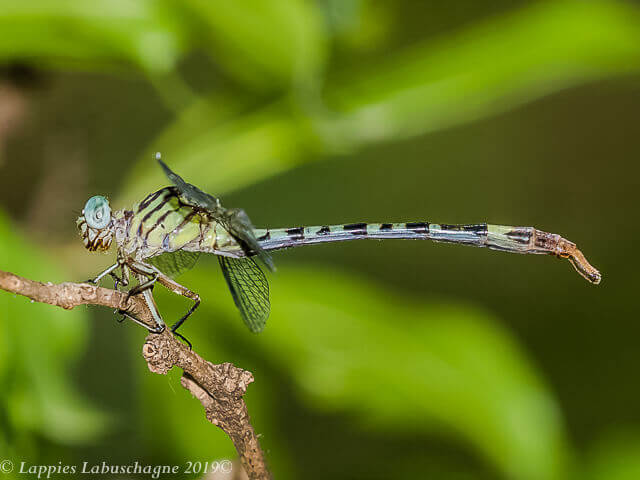 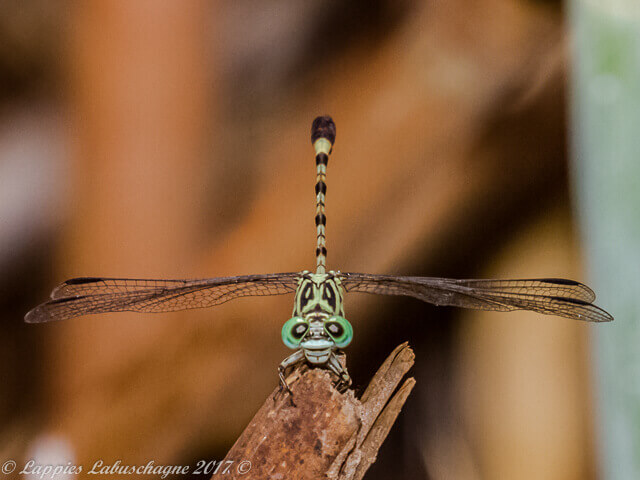 Spined Fairytail, Lestinogomphus angustus, Towerfee medium sized, with a very slender yellowish green to green, and blackish ringed abdomen, bulging at the end and without foliations. The wings are narrow, almost damselfly-like. The thorax is light green and with blackish stripes

Note: The scientific name is derived from the Damselfly, (Zygoptera) family, Lestidae due to the shape of the wings recalling that of a damselfly. 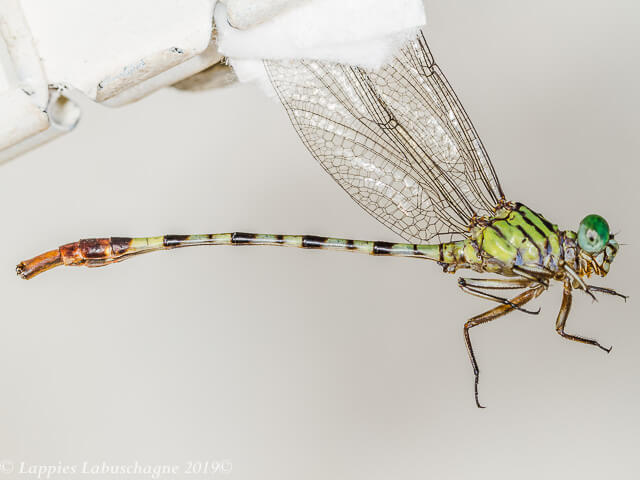 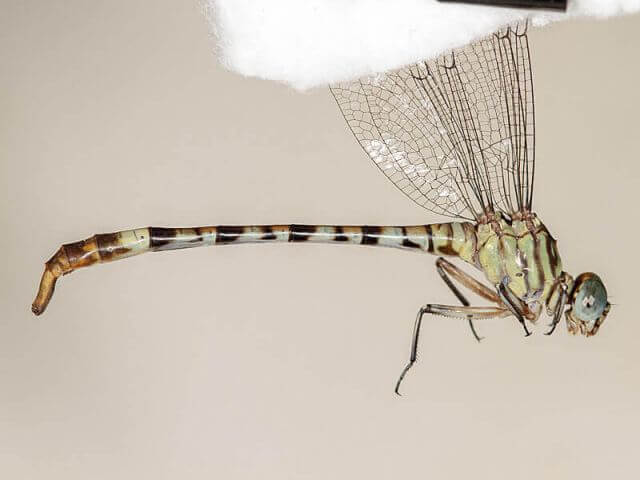