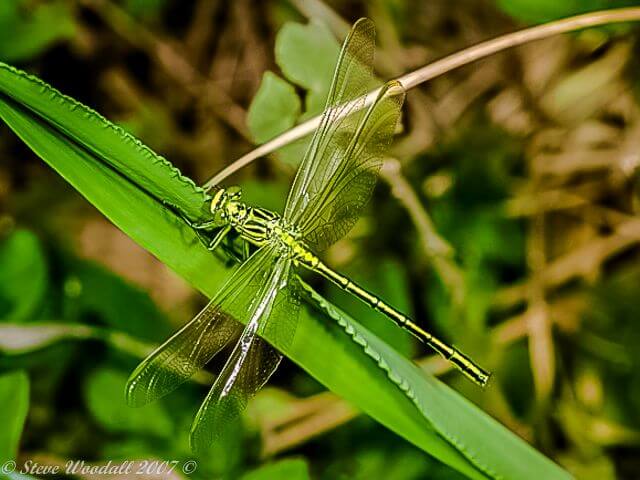 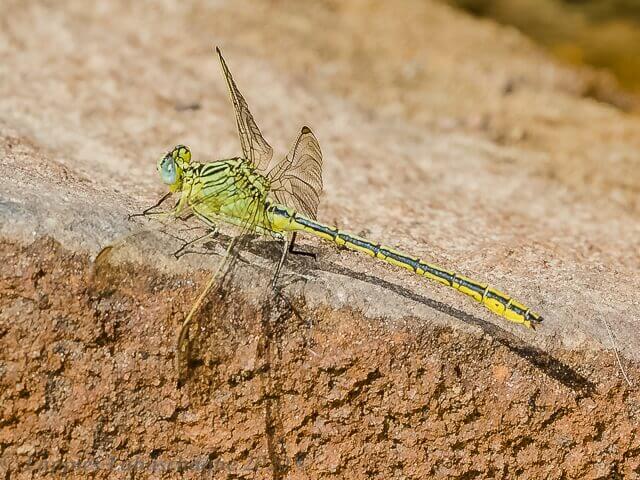 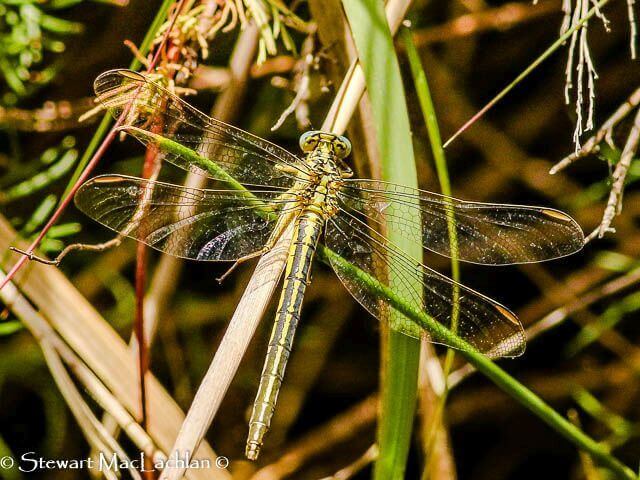 Yellowjack, Notogomphus praetorius, Klawerboer is fairly large, but without a club, with long, mid-dorsal bright yellows tripe running length of abdomen. The Notogomphus family is also known as Longlegs. 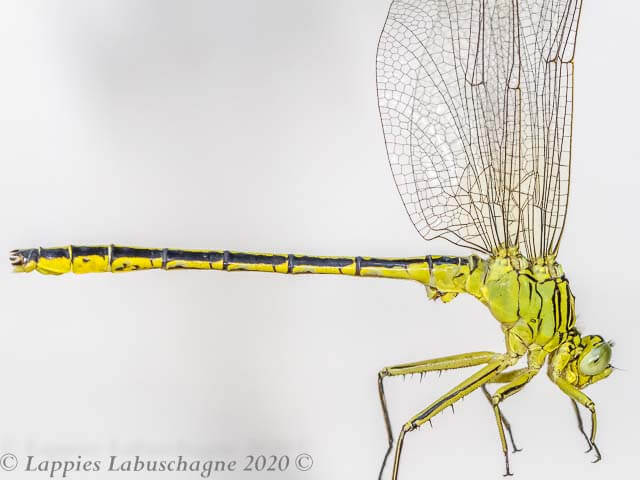 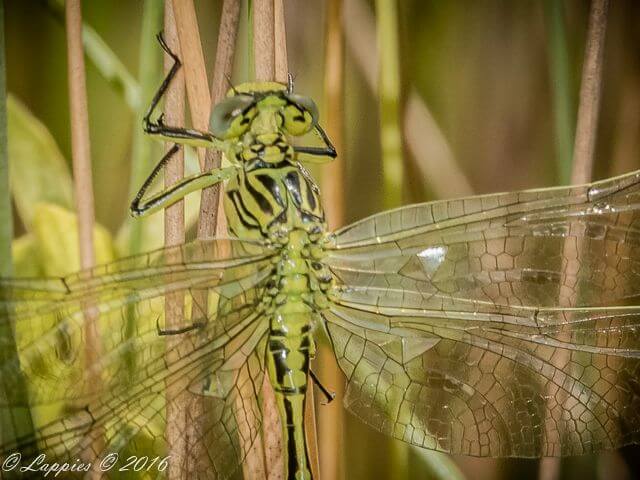 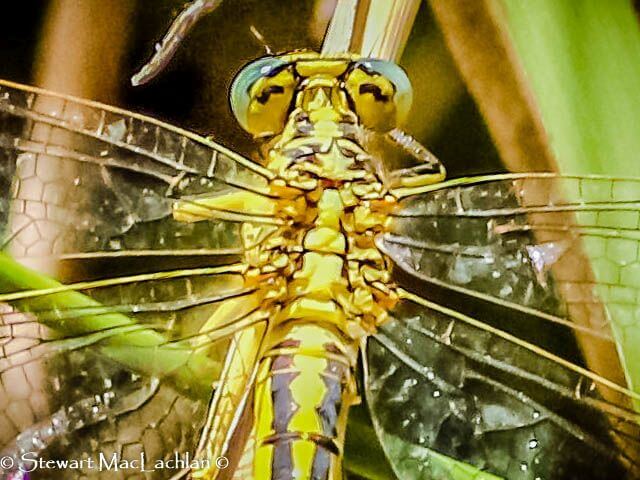 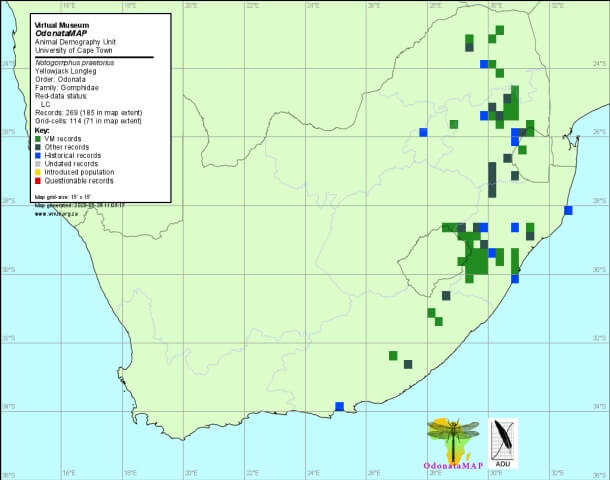