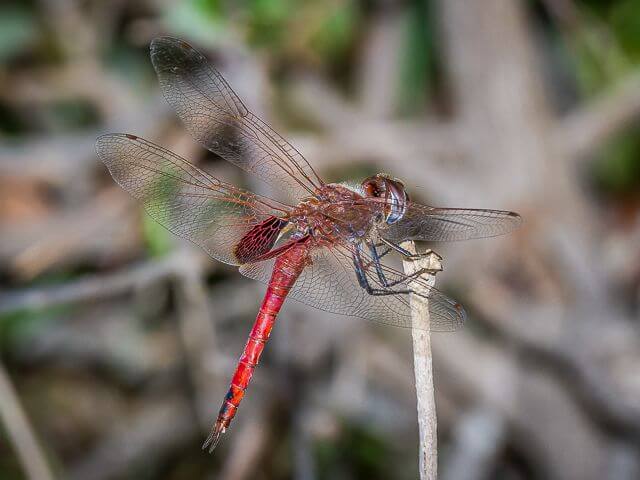 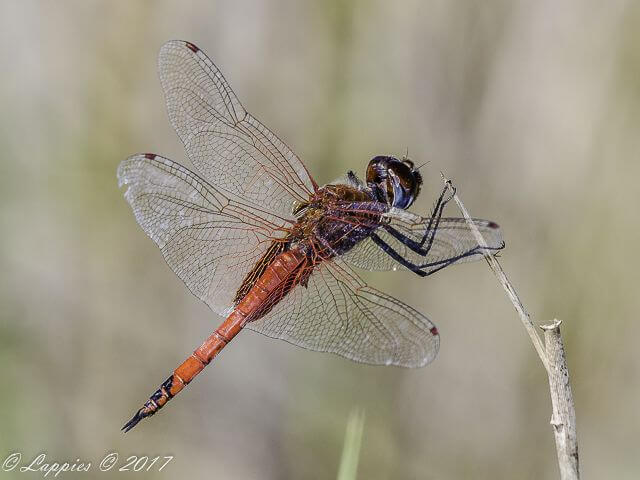 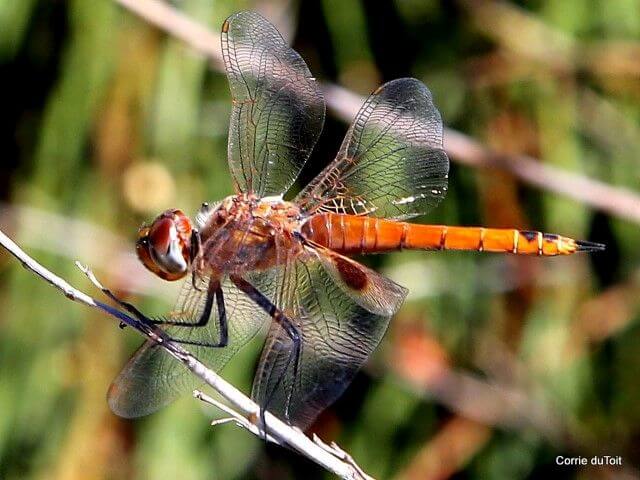 Fairly large with a fuselage-shaped abdomen, deep red and brown with a black abdominal tip, and with a large oval-shaped dark red basal hindwing patch 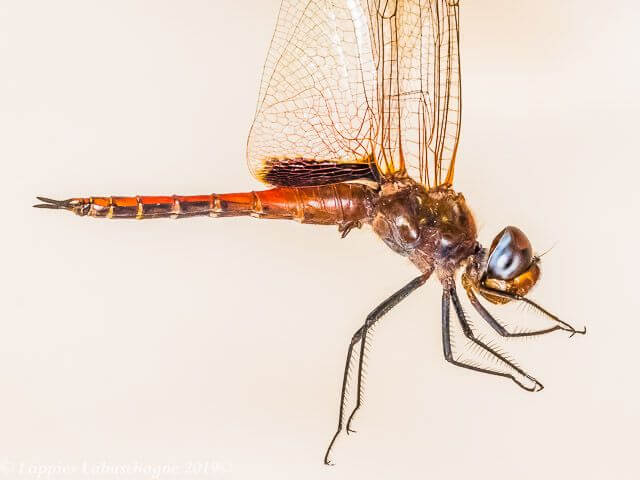 Flies in warm, humid  eastern, northern and north eastern areas of South Africa as well as the WCP and ECP..
As records become available one will probably find the over the entire region.
They disperse well, often swarming together with Pantala flavescens, likewise following rains and breeding in seasonal pools and marshes.
From 0 to 1800 m above sea level, but mostly below 900.