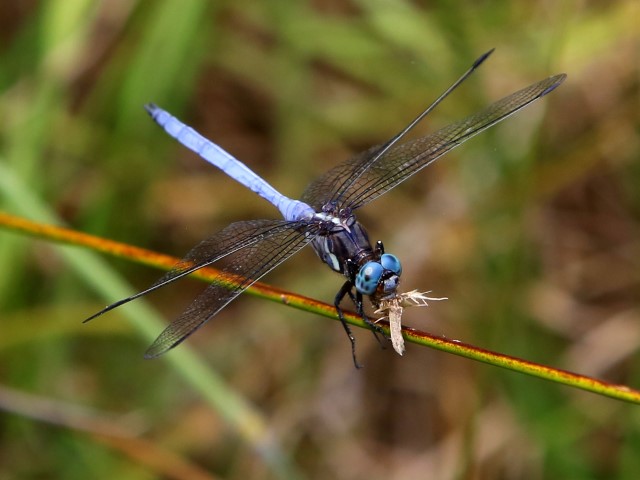 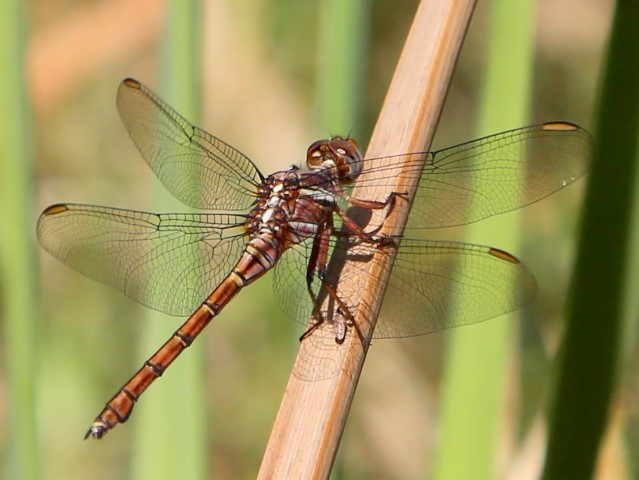 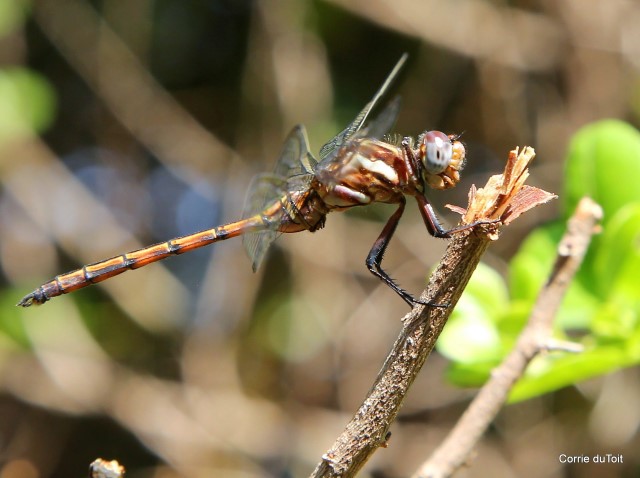 Links to images and articles

Fairly large sized, robust with a brownish to bluish, weakly mottled and striped thorax, and a light blue abdomen.

Widespread and common in the Southern and Eastern Cape uncommon with rare records in NCP.
Frequents mostly streams, but also standing and often temporary waters, headwaters, seeps and springs, mostly shaded by gallery forest, but also
shaded by forest, in open areas in forest or open landscapes. Often with a soft (like muddy) bottom, probably pools in stream beds.
From 0 to 2500 m above sea level, but mostly below 1600.

Websites of interest:
A Visual Guide to the Damselflies and Dragonflies of South Africa
Odonata Atlas of Africa VMU Number 667890
African Dragonflies and Damselflies Online
The IUCN Red list of threatened Species