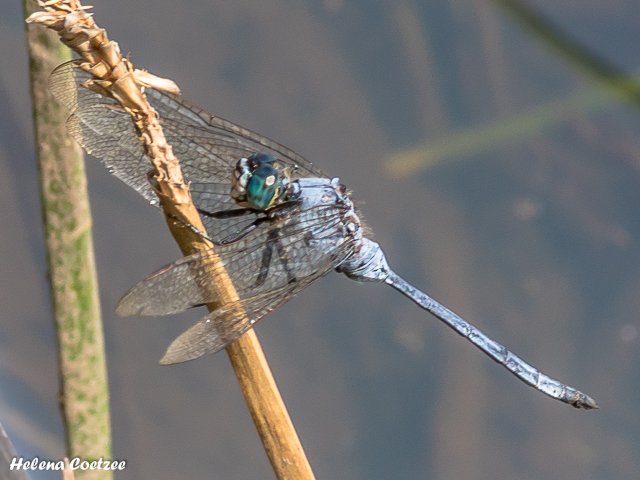 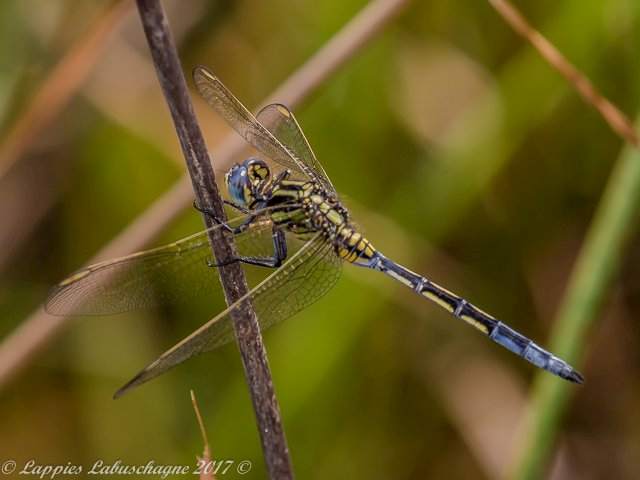 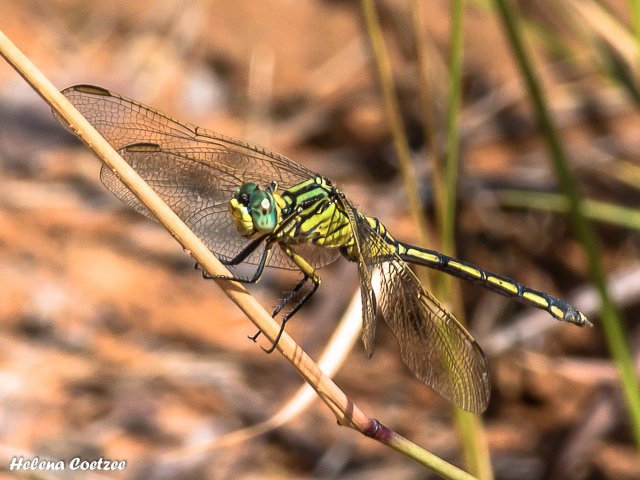 Medium size and fairly slender. All evenly pruinescent blue. The females and immature males have distinctive black and yellow markings on the abdomen. The frons (varying from yellow in the young to light blue in the old) has spectacled shaped black marking, giving this species its name.

Found in the humid part of the southern African region. It does not occur in the arid southwest or at the Cape. From southern KZN,
Mpumalanga, Gauteng, Limpopo and further north into Africa.It occurs at shallow flooded pools and the flooded margins of rivers
with an abundance of long, emergent grasses.
From 0 to 1800 m above sea level, but mostly below 1500. with an abundance of long, emergent grasses.