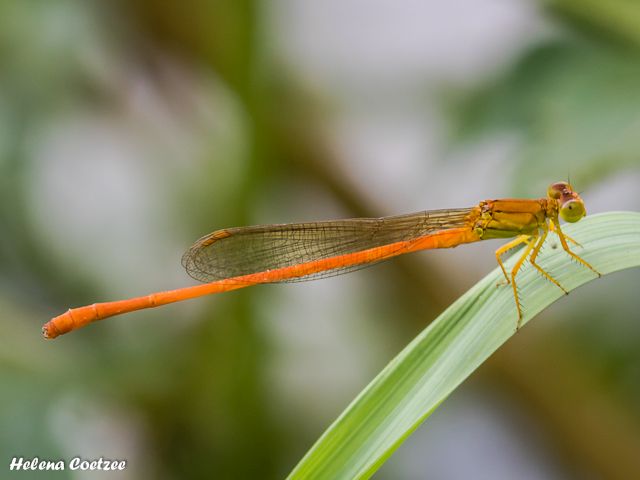 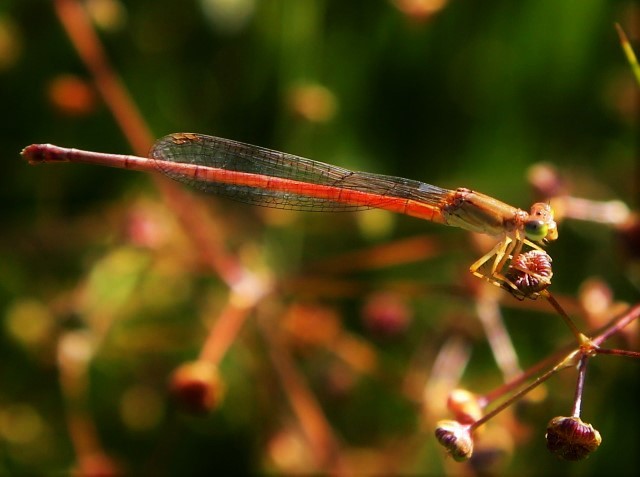 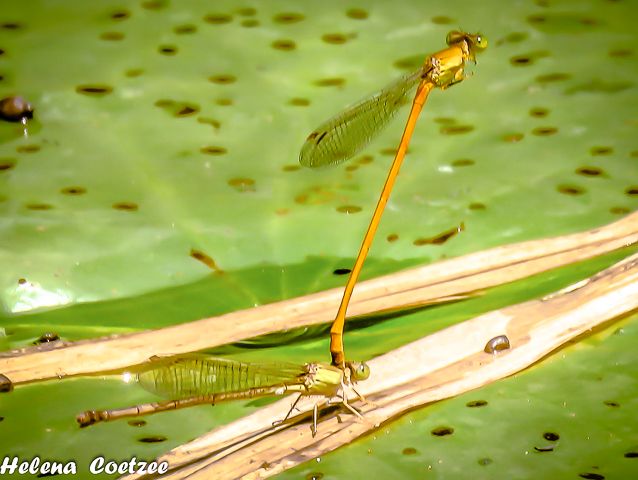 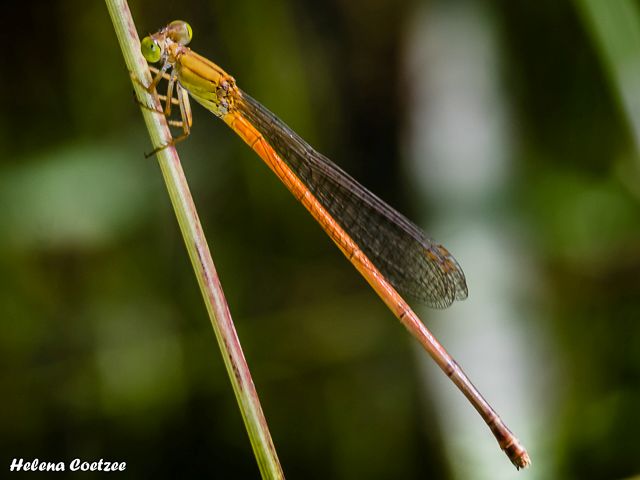 Common Citril Ceriagrion glabrum Gewone Aljander is common in the northern and eastern half of South Africa, and along the coastal areas to the Western Cape.
Frequents pools, marshes and sluggish reaches of rivers with an abundance of tall grass, sedge and reeds.
Sometimes an open habitat, with trees nearby, or even in thick forest.
From 0 to 2000 m above sea level, but mostly below 1500