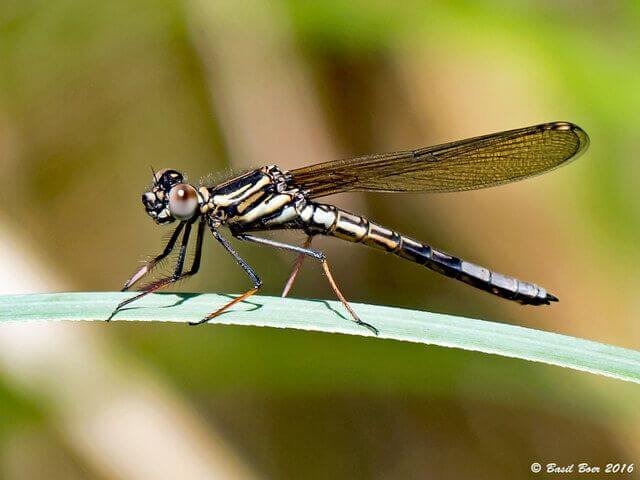 Prefers mostly streams, but also rivers, in open landscapes, but sometimes shaded by gallery forest.
Often with rocks and probably submerged roots, dead trunks or branches and/or coarse detritus
Southern Cape, East coast, KZN and MP with tall grasses on their banks.
Inferred to occur from 0 to 2100 m above sea level.

Websites:
The IUCN Red List of Threatened Species    Least Concern.
A Visual Guide to the Damselflies and Dragonflies of South Africa