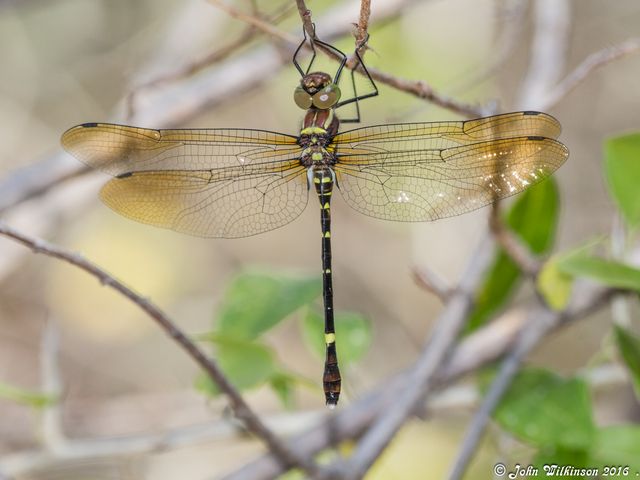 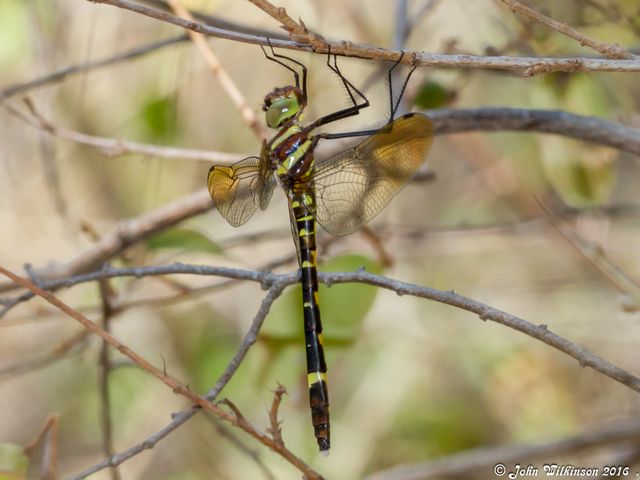 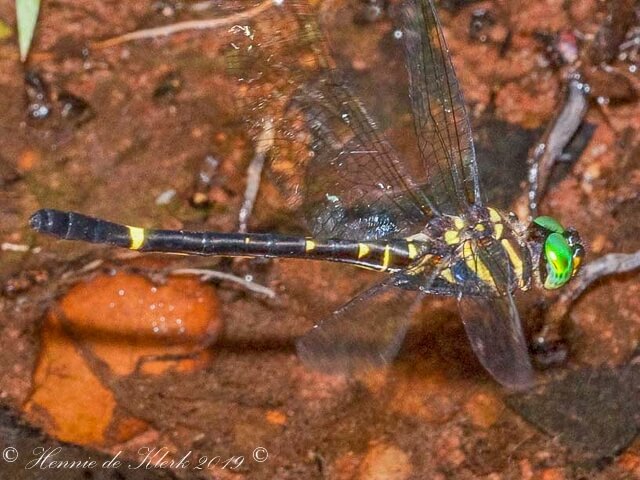 Sable Cruiser, Phyllomacromia monoceros, Swartswalker is very large sized, with metallic black and yellow coloration with a pronounced clubtail and long vertical spine at the end of the abdomen (s 10). 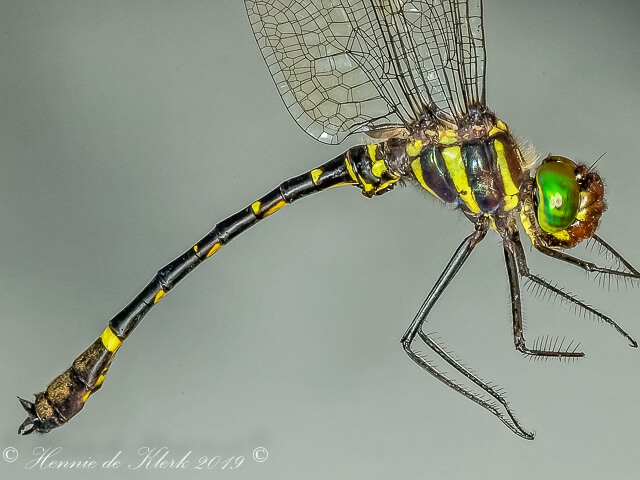 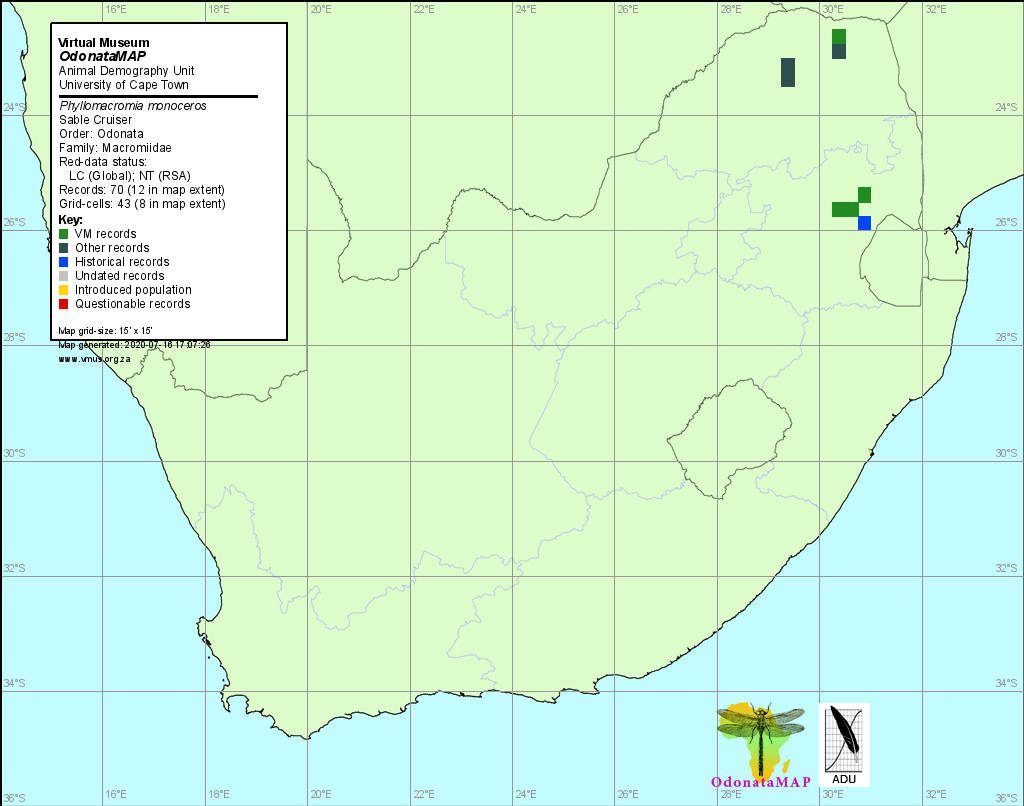 Credit for description and comparison to Michael J Samways