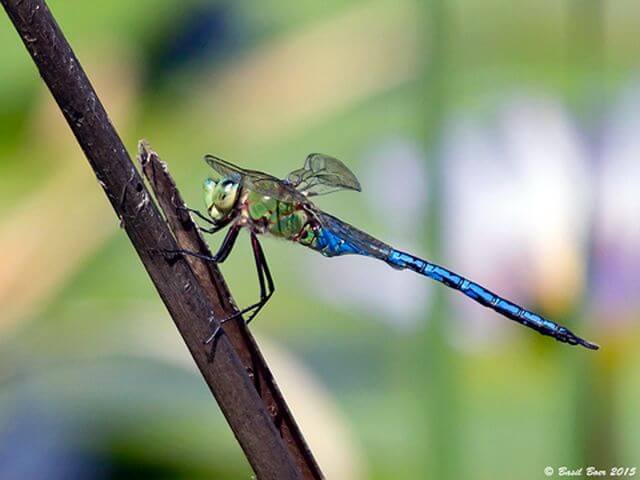 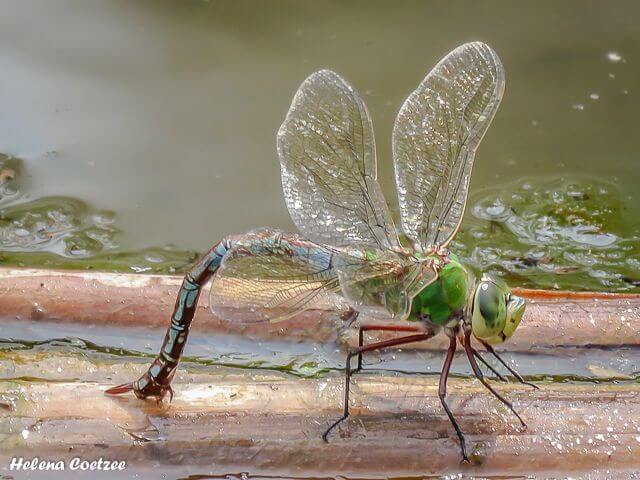 Blue Emperor, Anax imperator is large to very large sized, has a bright blue abdomen with brown markings on the upper side and a green thorax. 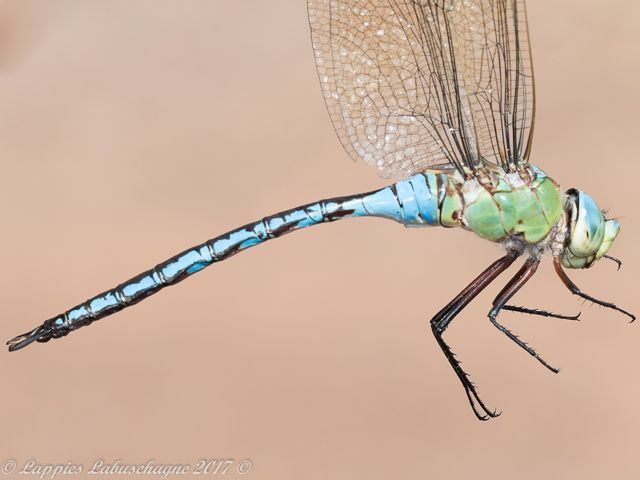 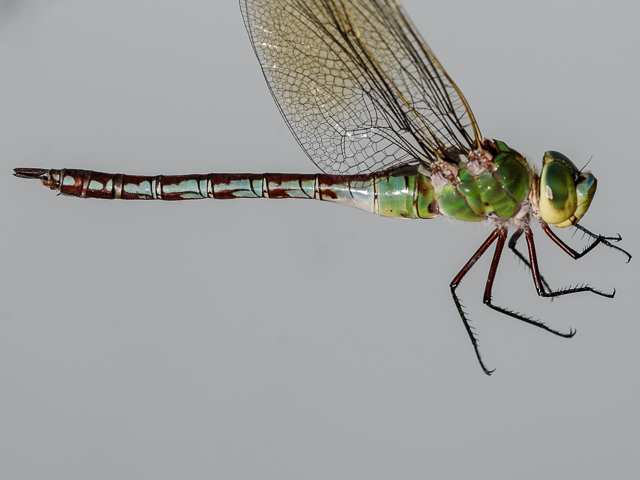