Epaulet Skimmer, Orthetrum chrysostigma, Epouletskepper is medium-sized to fairly large, brownish and pale blue, with a light, single stripe on side of thorax

Mostly streams, but possibly also seeps, springs, headwaters, rivers and often temporary standing waters, in open (often rather dry) landscapes, but sometimes in open areas in forest. Probably found on calmer sections (like pools) with a soft (like muddy) bottom. From 0 to 2300 m above sea level, but possibly higher up. 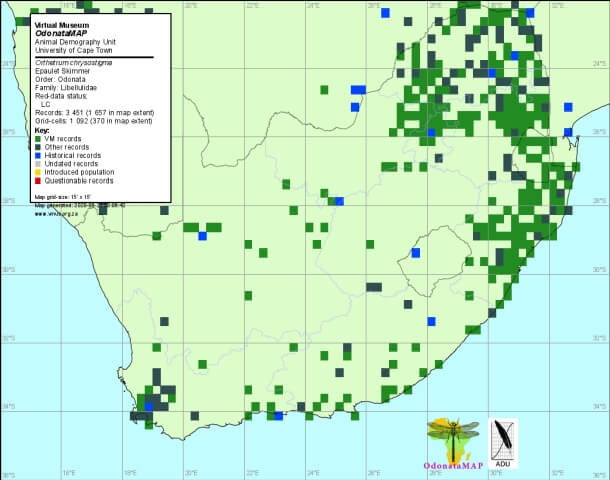