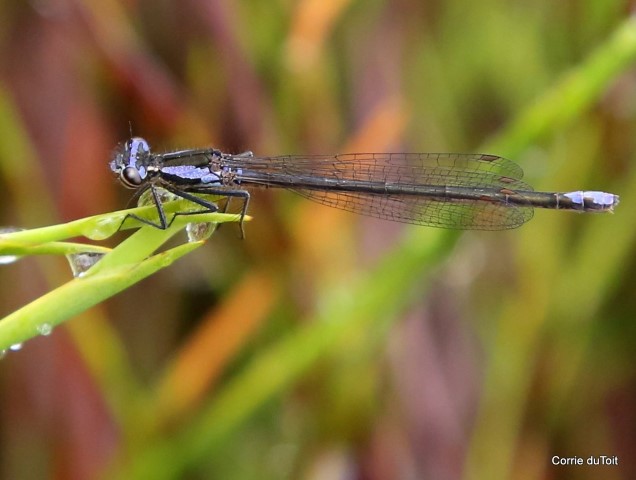 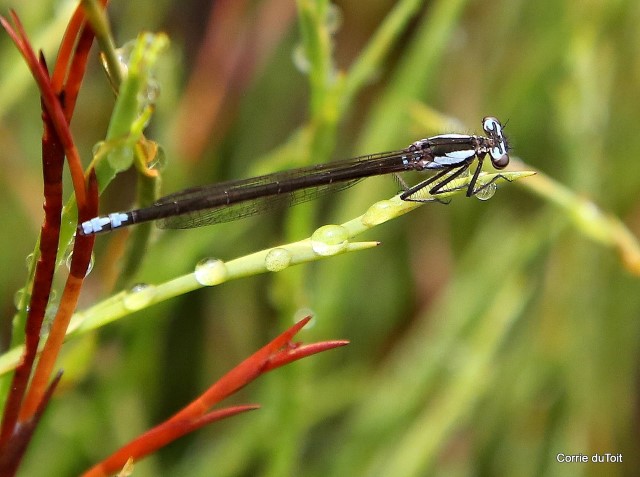 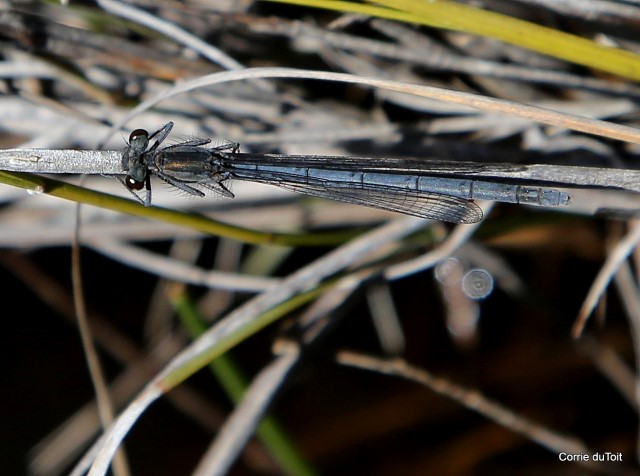 Small sized, a slender, dark blue and black damselfly, which looks like a Sprite when first seen, but with strikingly long and curved appendages.

Click on all images and links to open, enlarge or view more

Vary rare endemic and localised. Found from Ceres to the lower reaches of the Du Toit’s
river near Franschhoek Recently found in the Sedgefield area ECP.
Prefers standing waters in open landscapes. Especially pools in streams that stop flowing in summer, mostly with a soft
(like muddy) and often also sandy bottom, emergent and aquatic vegetation, submerged roots, dead trunks or branches
and/or coarse detritus, with bushy fynbos margins and floating leaves of Aponogeton water plants
Inferred to occur from 300 to 800 m above sea level in the WCP bot close to sea level in the east of the range