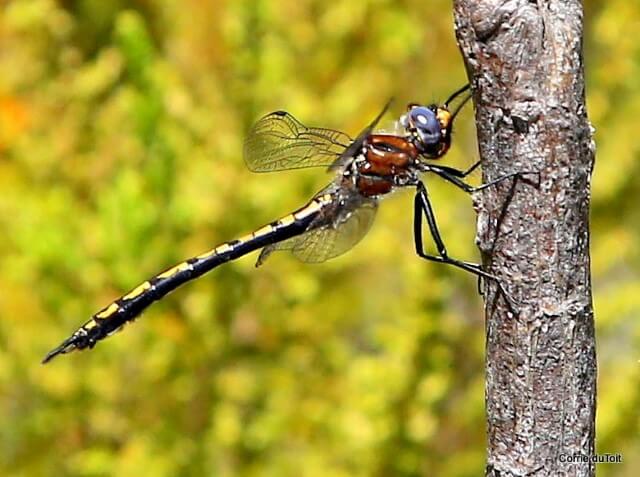 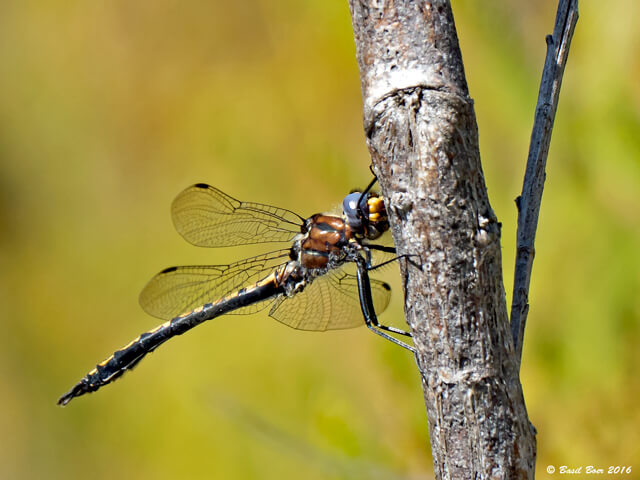 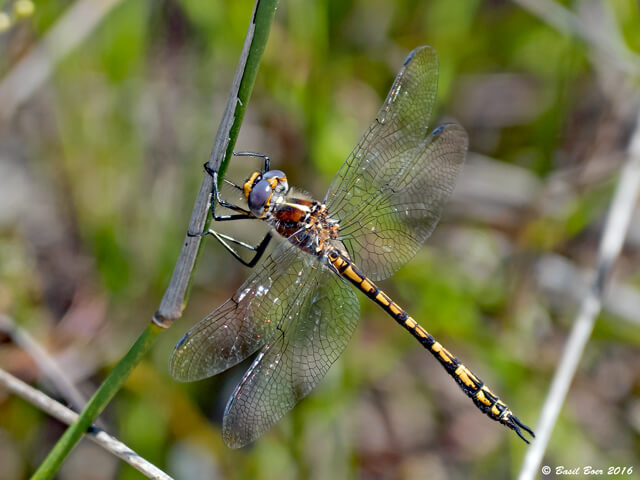 It is rarely over water, normally flying in fynbos or over low bushy vegetation, often several hundred metres from the water. Rests close to the ground in thick vegetation, sometimes on the underside of branches where it is highly camouflaged.

Credit for this description and comparison to Michael J Samways.