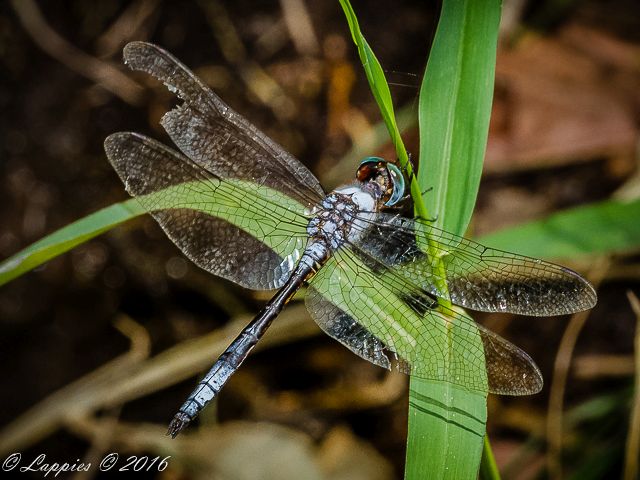 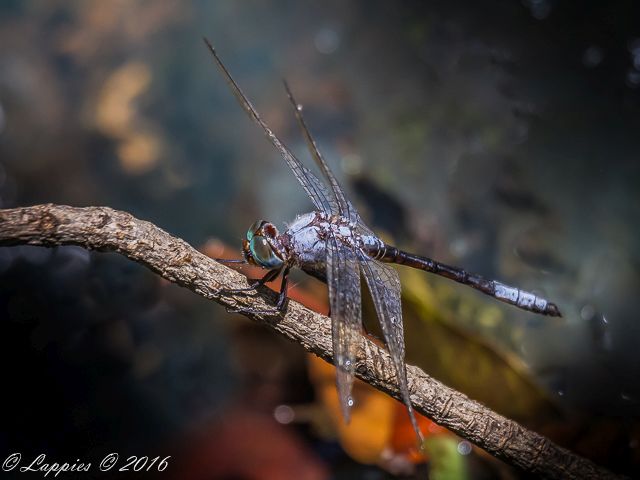 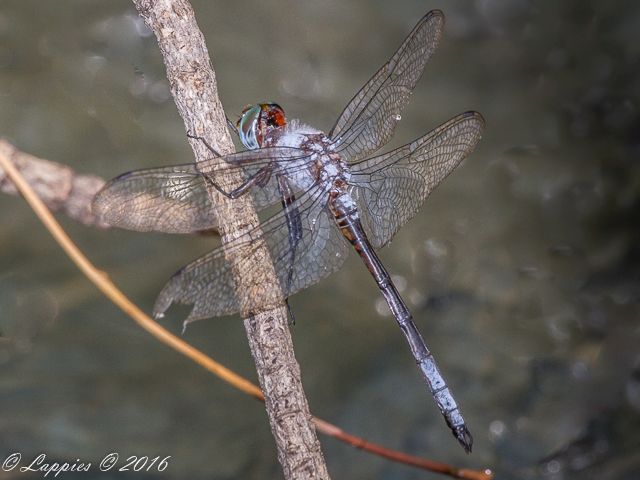 Blue Cascader, Zygonyx natalensis is fairly large sized and blackish brown with a thin blue pruinescence that is usually patchy and scuffed. 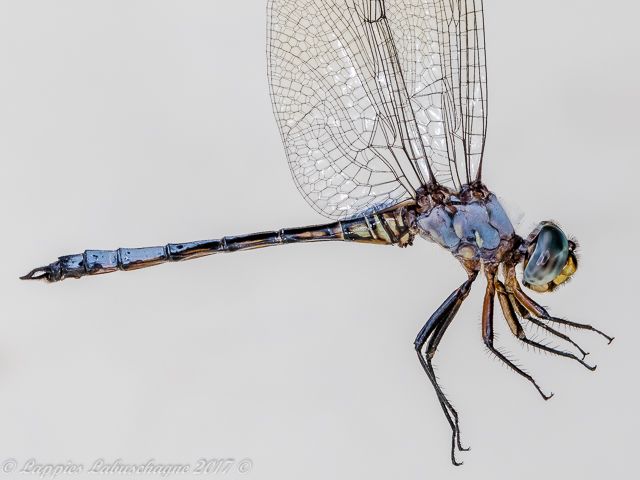 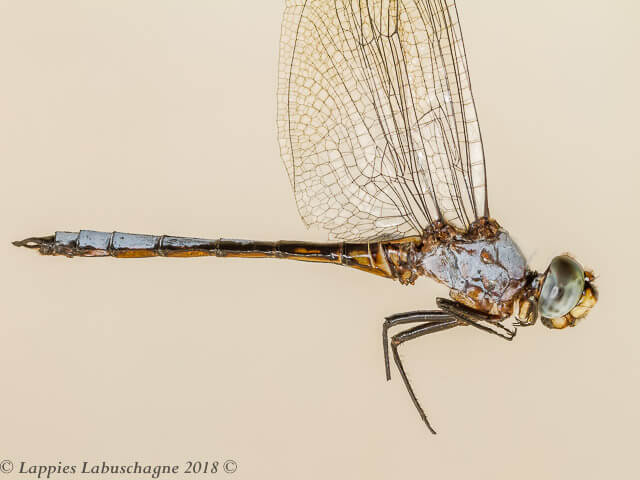 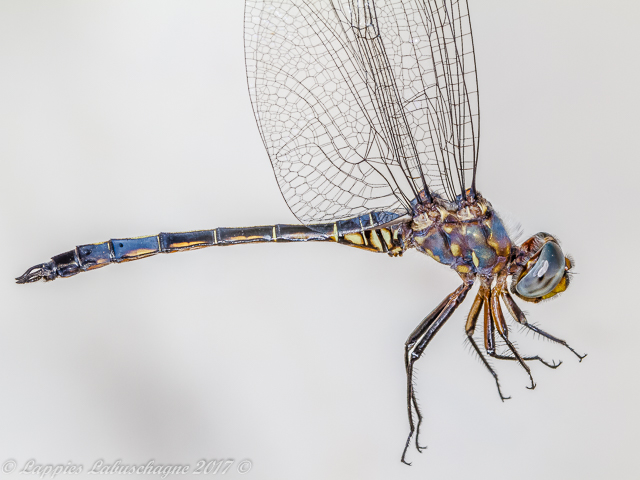 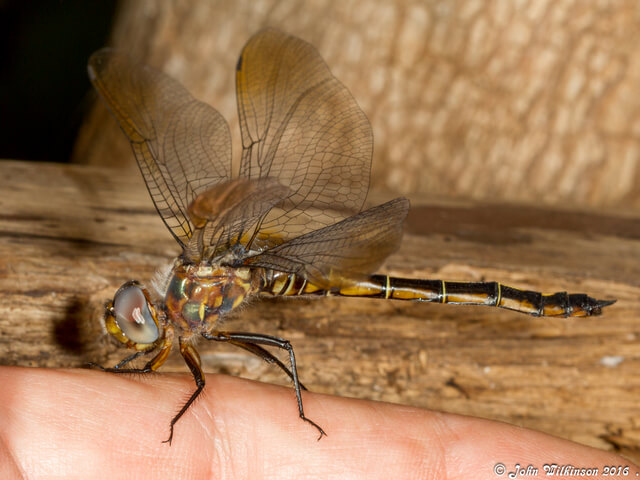 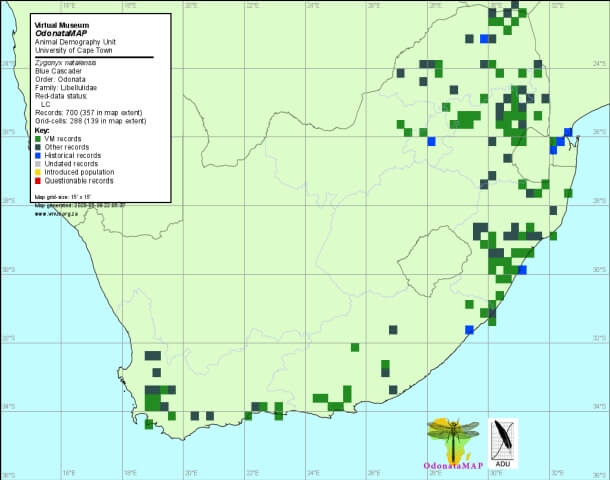