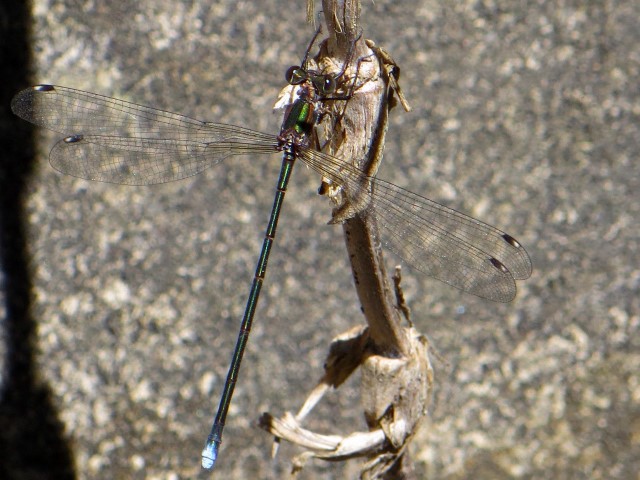 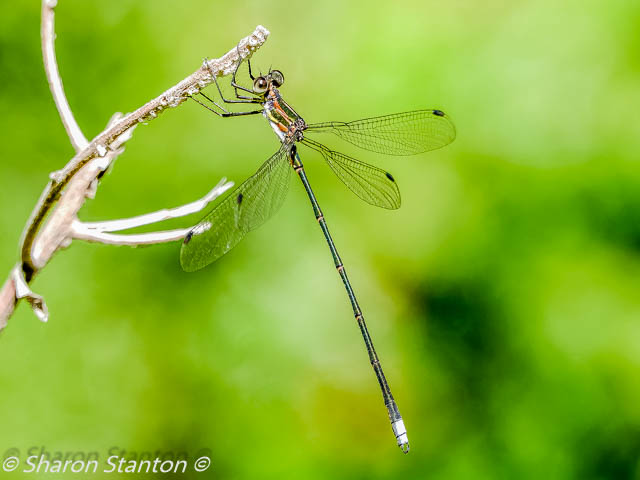 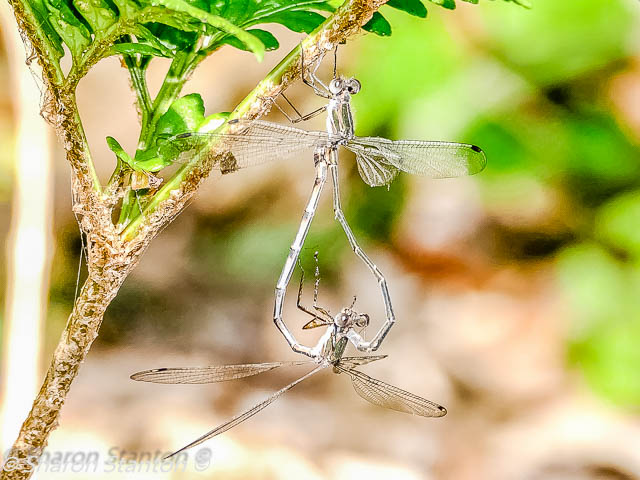 This species may in the near future be combined with Mountain Malachite, Chlorolestes fasciatus

Inhabits clear, shallow, rocky streams with riffles and glides and with an abundance of long grass, herbs and
indigenous overhanging bushes (used as oviposit sites). Often calmer sections (like pools) with emergent vegetation,
coarse detritus, rocks and/or a soft (like muddy) bottom.
From 0 to 2400 m above sea level, but mostly between 1100 and 2100.