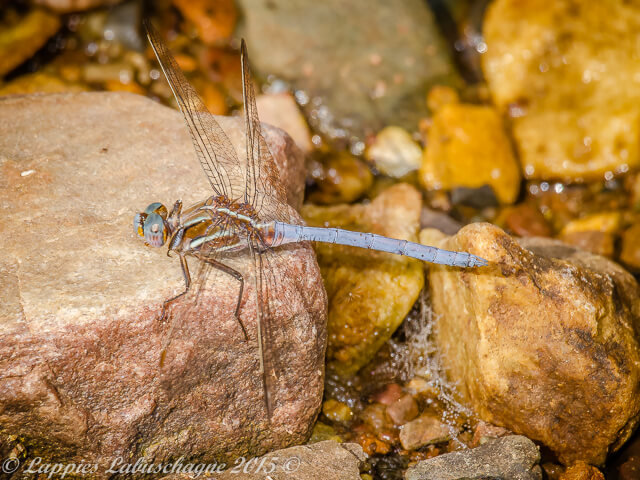 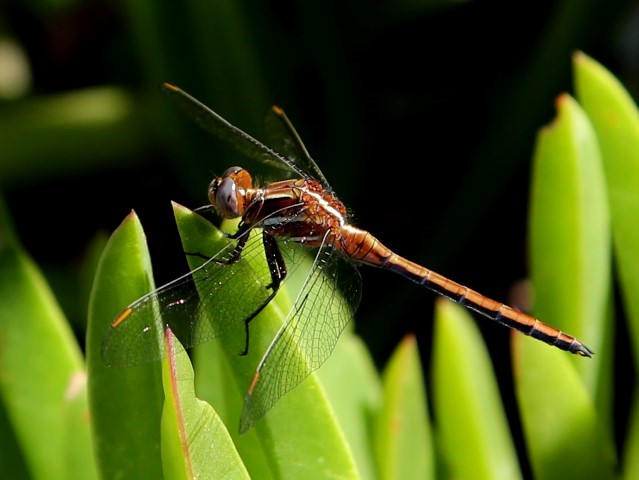 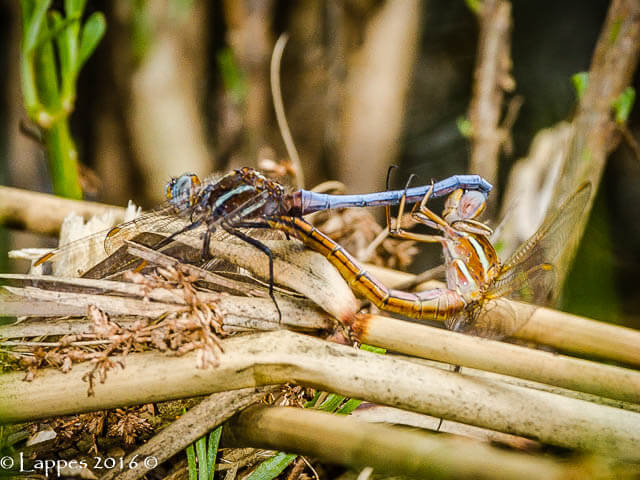 Two-striped Skimmer, Orthetrum caffrum, Strepieskepper is medium sized, pale blue and has a brown thorax with two pale stripes on the side of the thorax and a whitish shoulder stripe (dulling with age) and a whitish stripe between the wings. 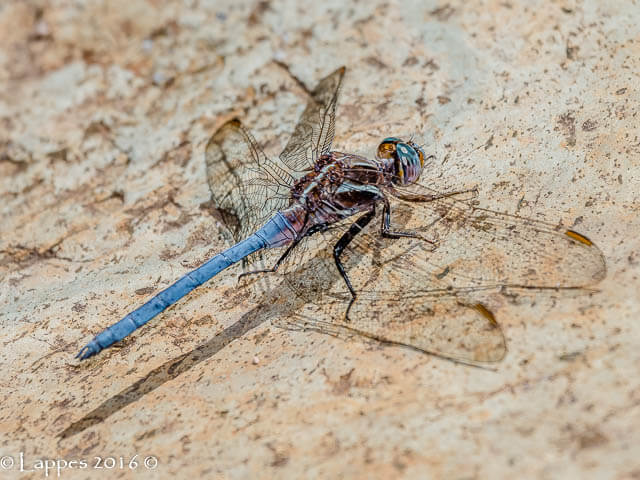 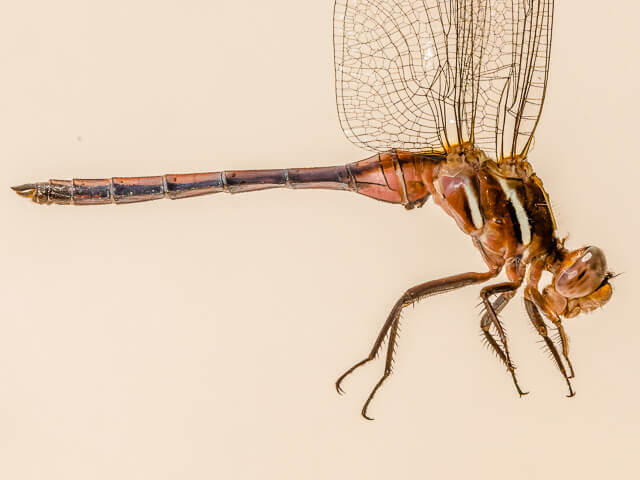 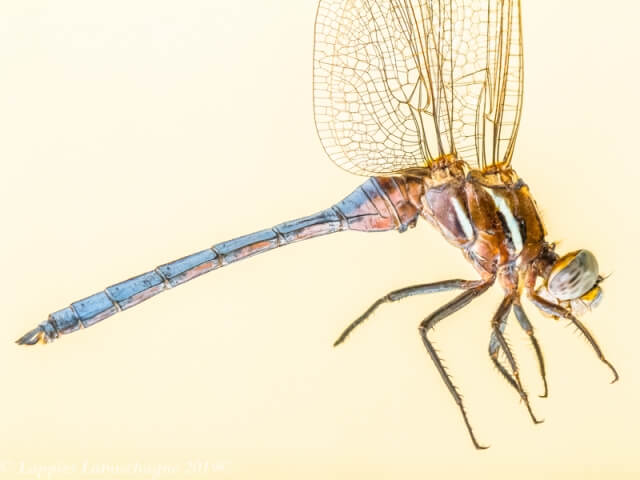 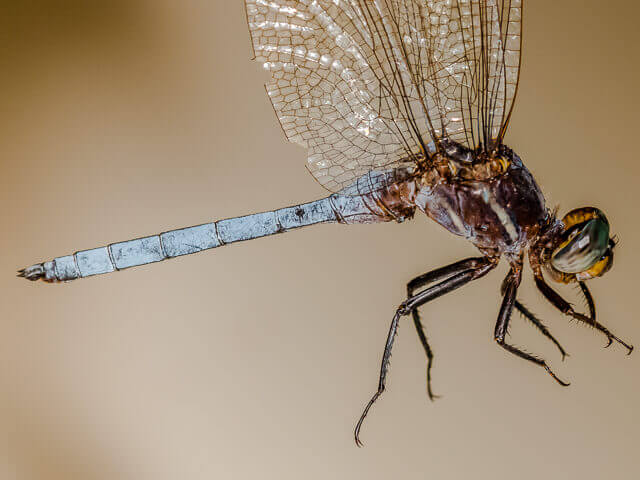 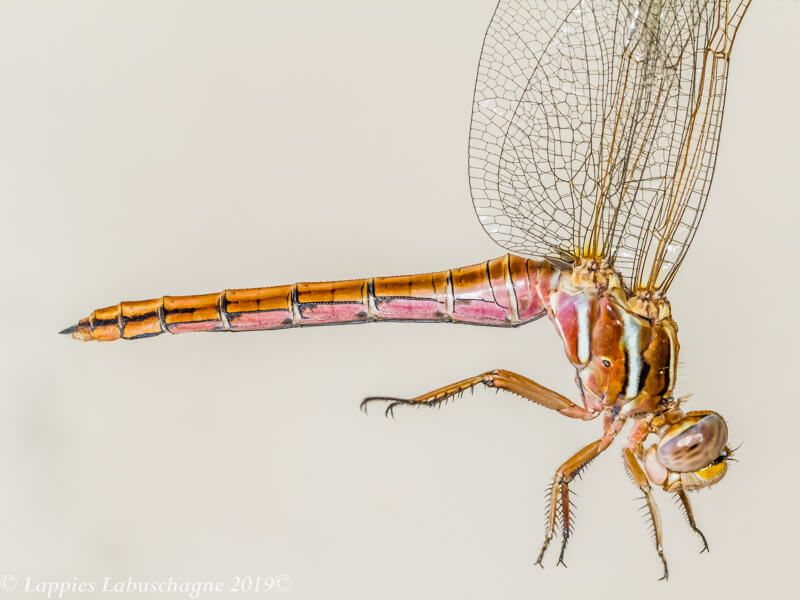