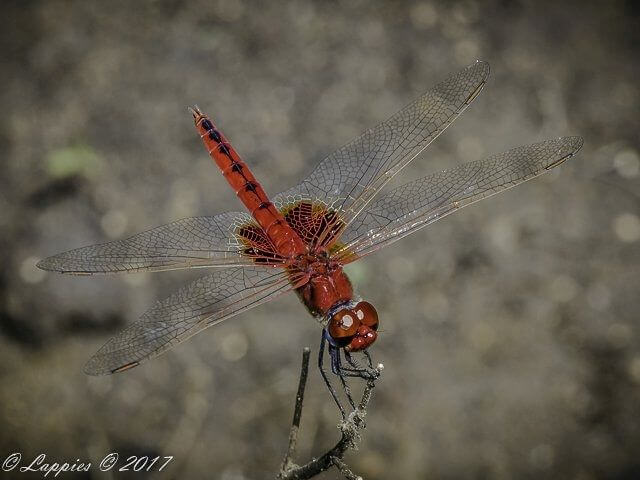 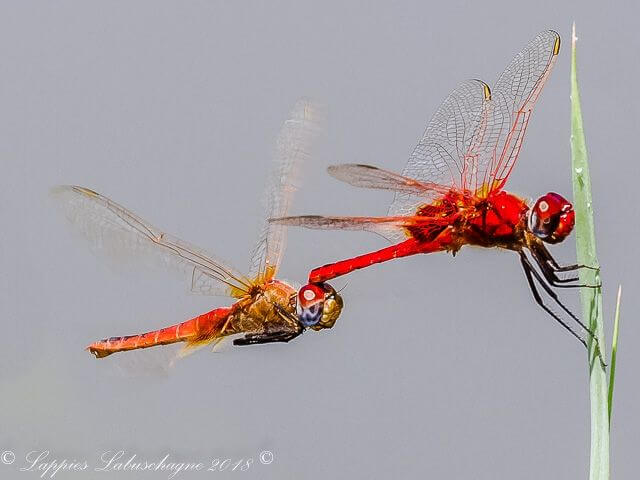 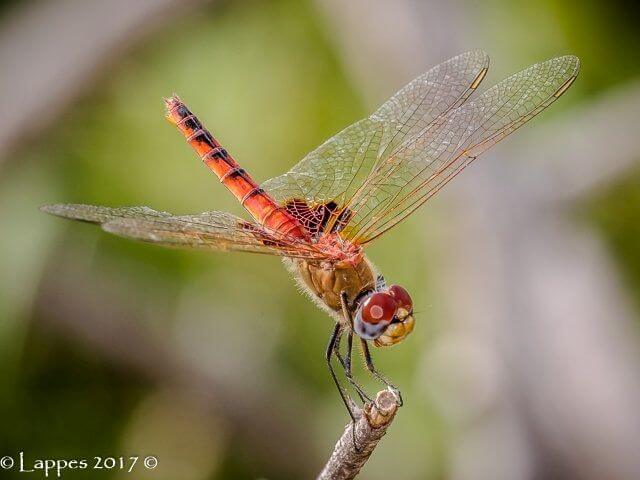 Red Basker, Urothemis assignata, Rooisonvangertjie is medium sized, stout, with a bright red thorax and abdomen. It has black markings on the abdomen and large dark red splashes on the hind wing. 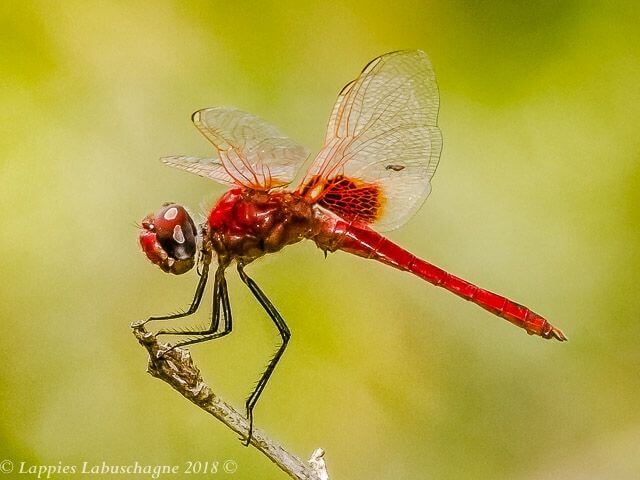 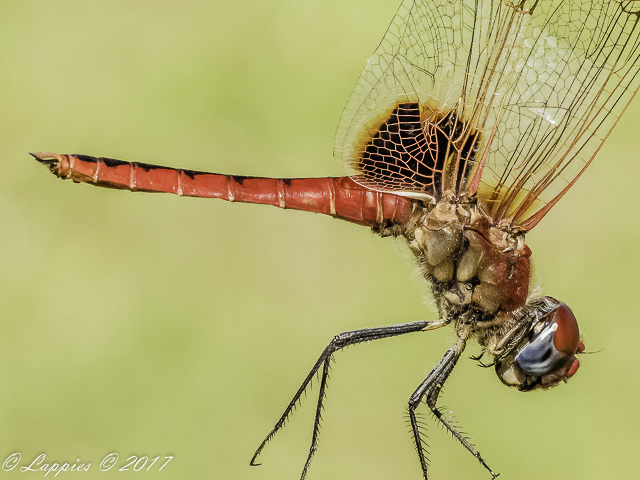 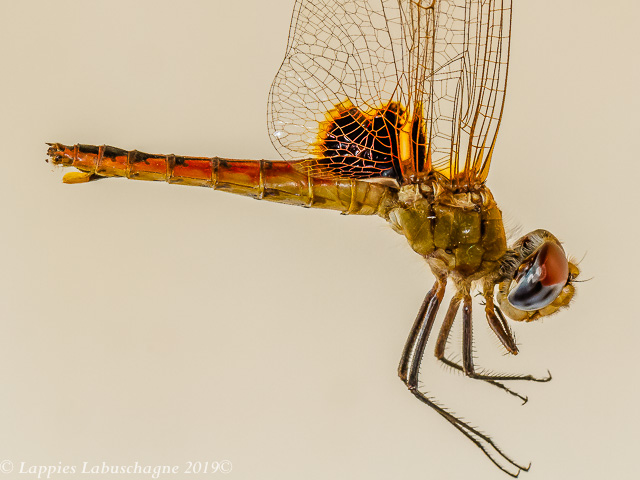 Click on all images to enlarge or view more< 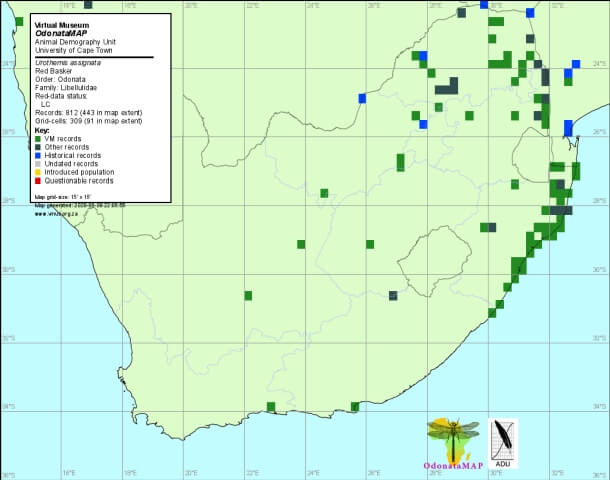