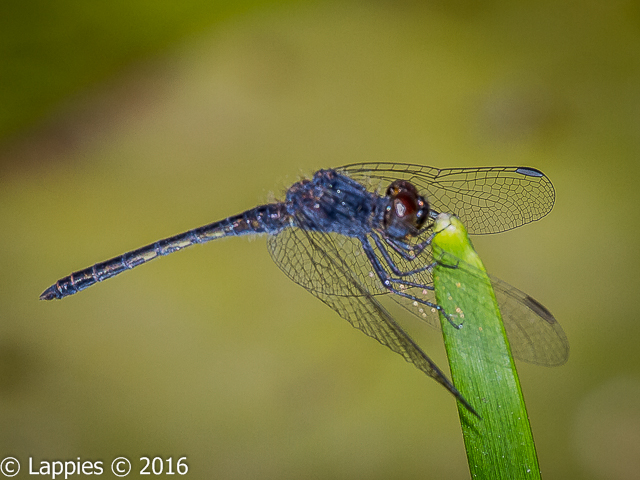 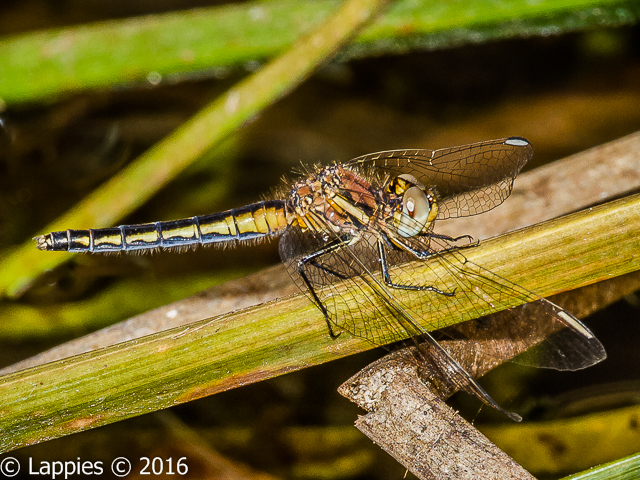 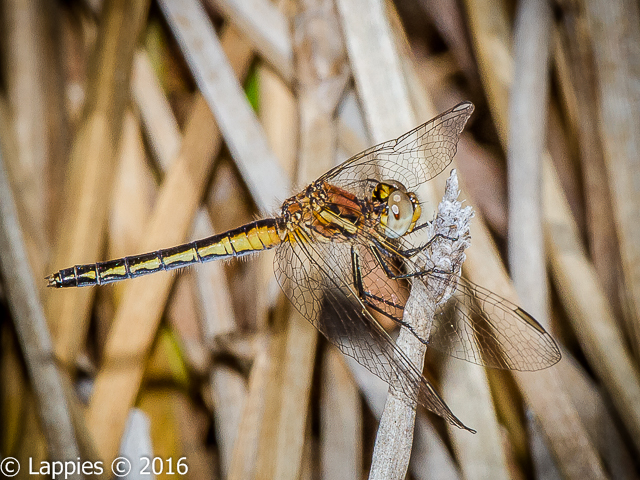 Dwarf Percher, Diplacodes pumila, Dwergsittertjie Very small sized, with clear wings but small amber patches at the base of the wing. The thorax above is reddish brown. The abdomen has yellow on black markings on the side becoming very dark, almost blackish blue with age. 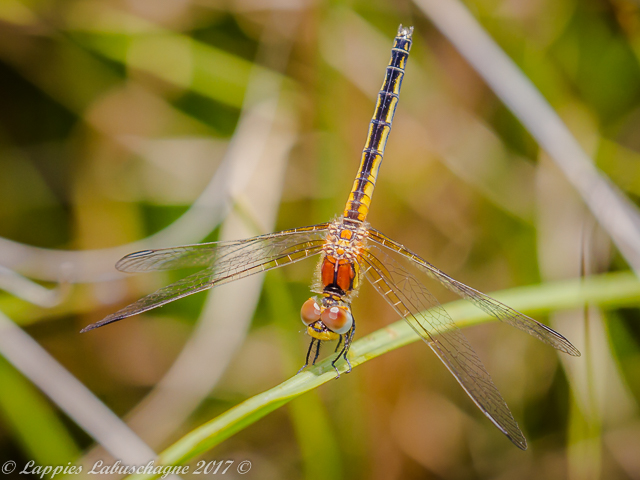 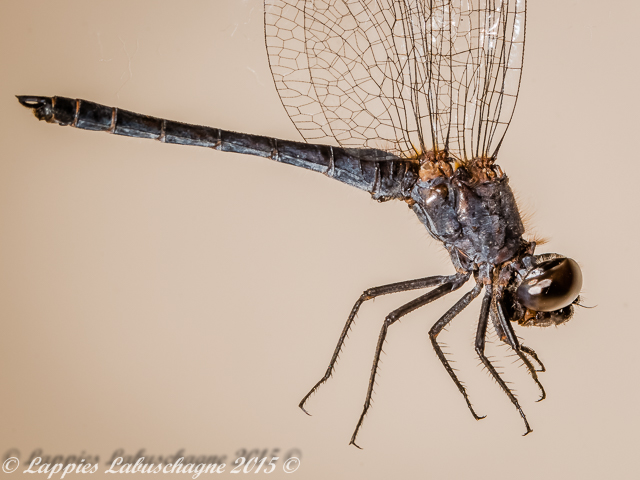 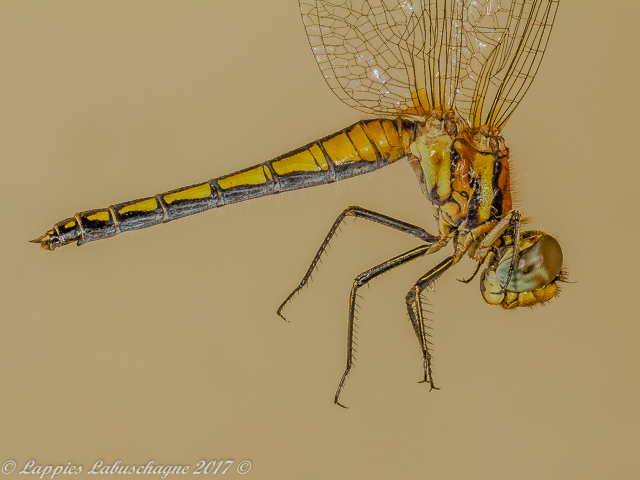 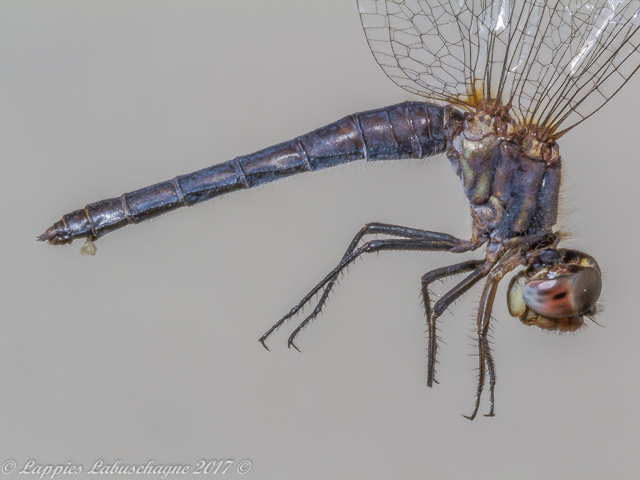 Rare and highly localised, having only been recorded in KZN, Mpumalanga, LP and far eastern Gauteng. Some old and new
records from the Western Cape.
Frequents still clear water shallow pans, seasonal pools, flood plains and marshes with lilies and an abundance of tall grasses,
sedge and reeds in open landscapes. Often found in the marshy grassy edges of pools and dams