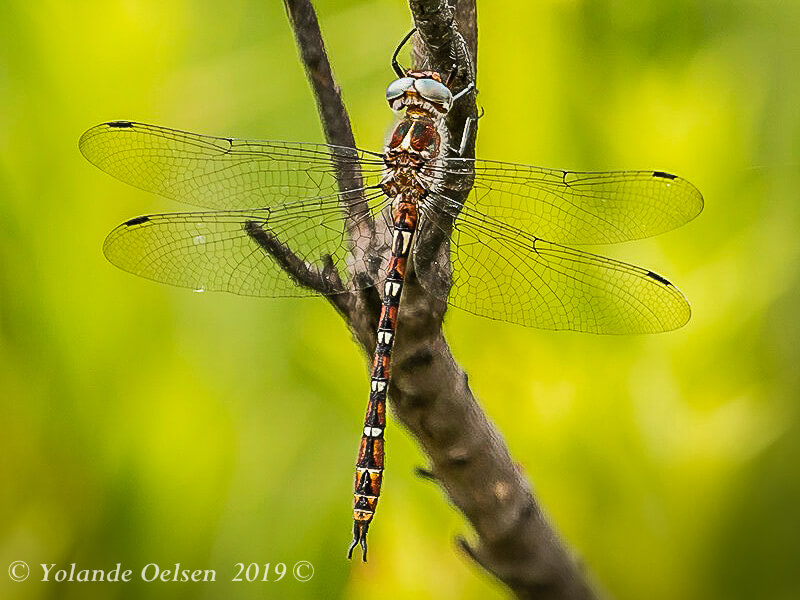 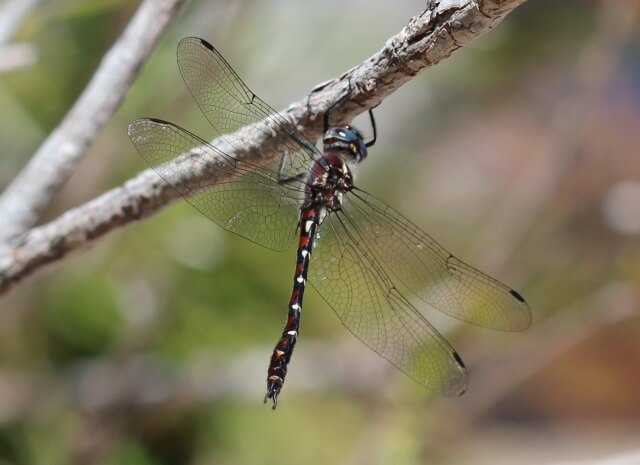 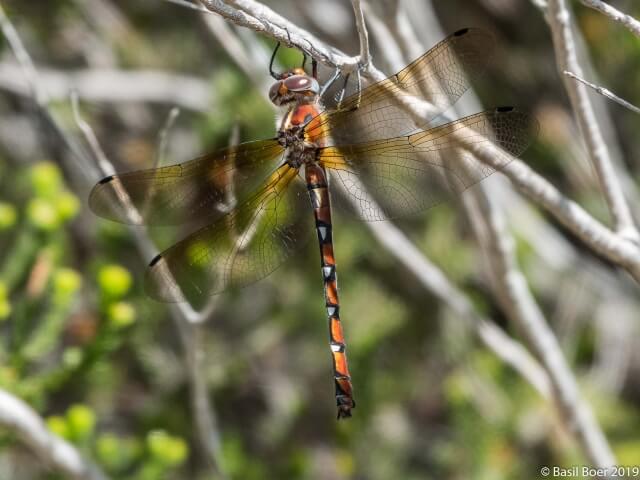 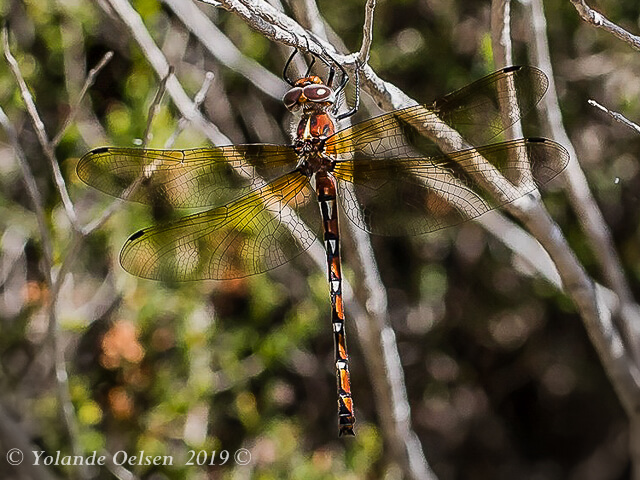 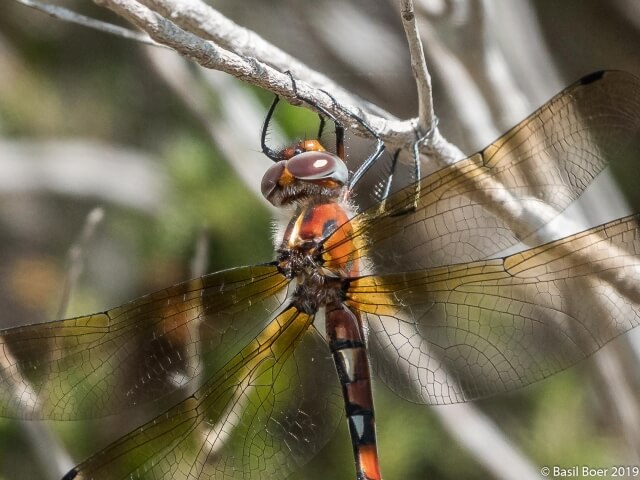 Mahogany Presba, Syncordulia venator, Sapeleswalker is endemic to the mountainous areas of the south western part of the Western
Cape Province of South Africa.Widespread in the area, but sparsely populated
Frequents mostly streams but sometimes rivers shaded by gallery forest, but also in open landscapes and open areas in forest.
Often with coarse detritus, probably especially calmer sections (like pools) with overhanging branches and submerged roots.
Concluded to occur from 0 to 1600 m above sea level, but mostly between 200 and 800.

Full credit for this comparison to Michael J Samways.