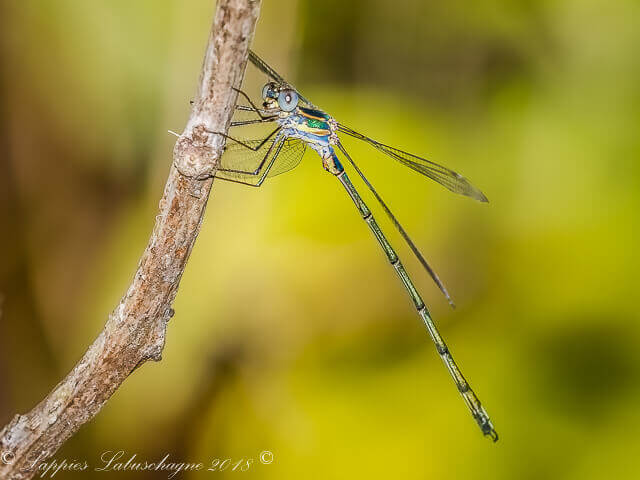 This species may in the near future be combined with Forrest Malachite, Chlorolestes tesselatus 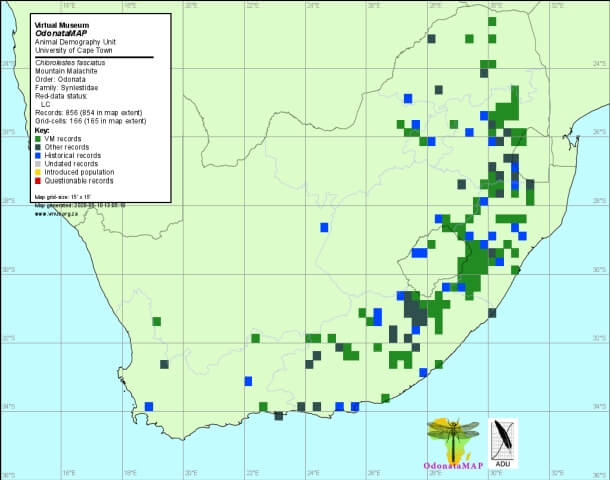