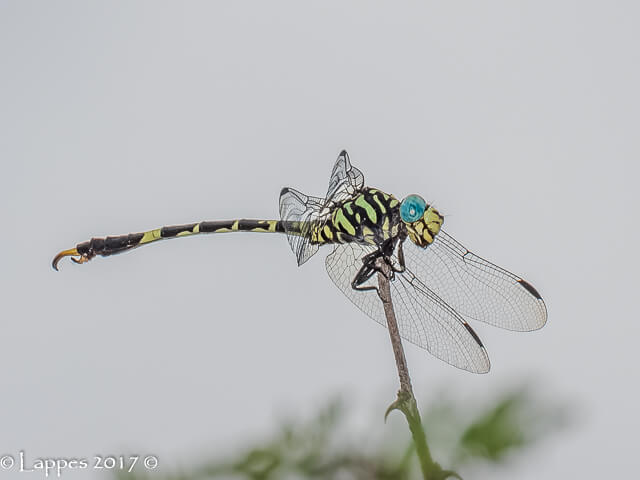 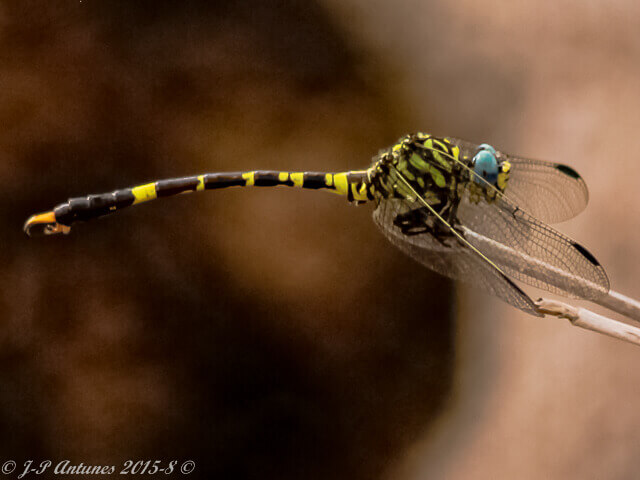 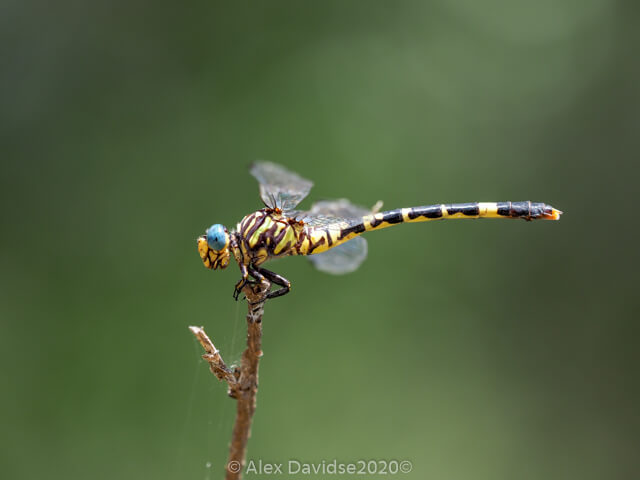 Great Hooktail, Paragomphus magnus, Groothakiestert is fairly large sized, blackish with a bright green thorax marked with two bright yellow bands with three dotted lines in between and a distinct yellow ring on segment 7. No foliages 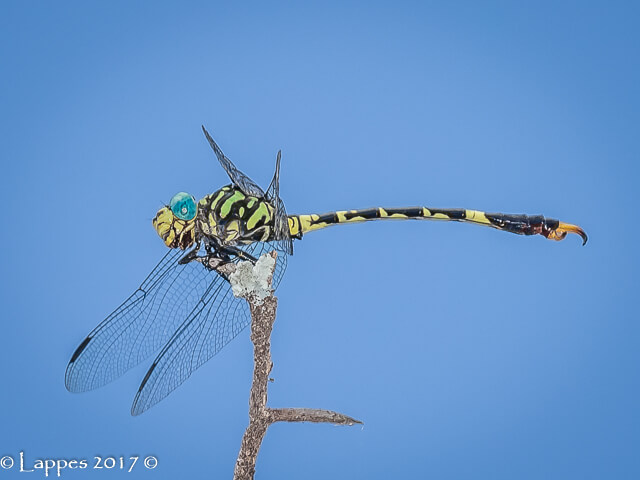 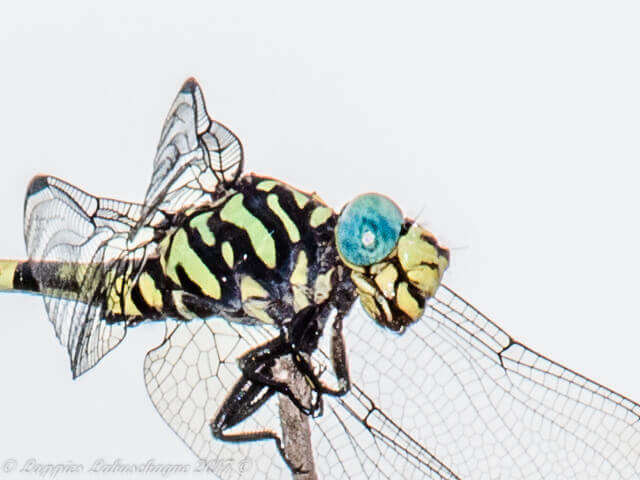