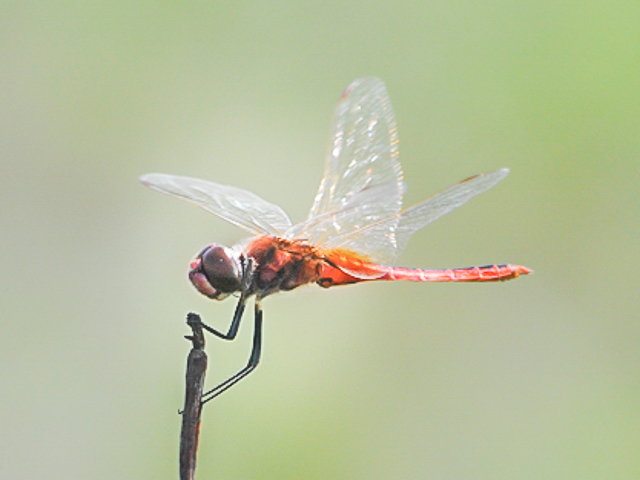 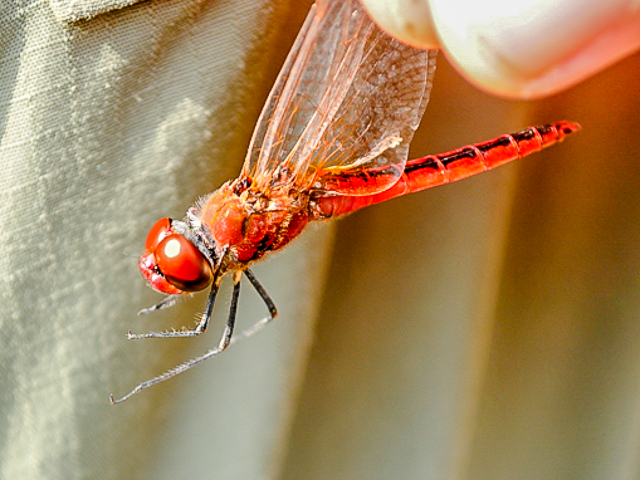 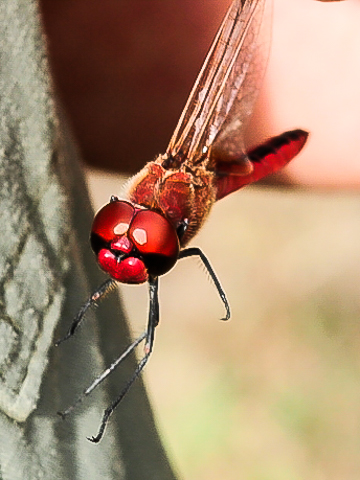 Coastal Pennant, Macrodiplax cora, Kuswimpel Medium sized, deep reddish brown with a dark band across the face, bright red abdomen with a with a broad black mid-dorsal line extending from base to tip broadening slightly towards the superior appendages. 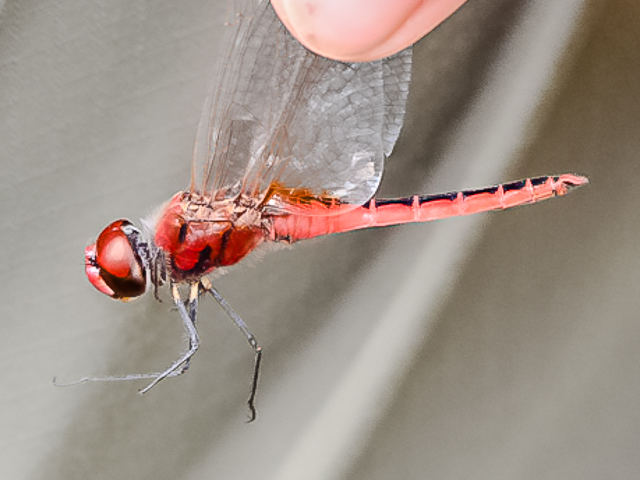 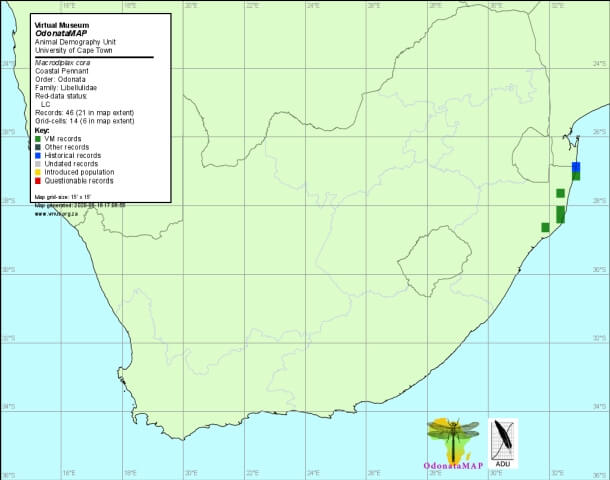