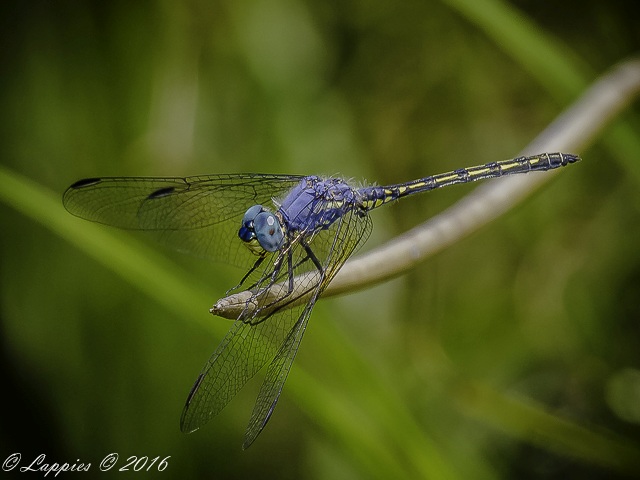 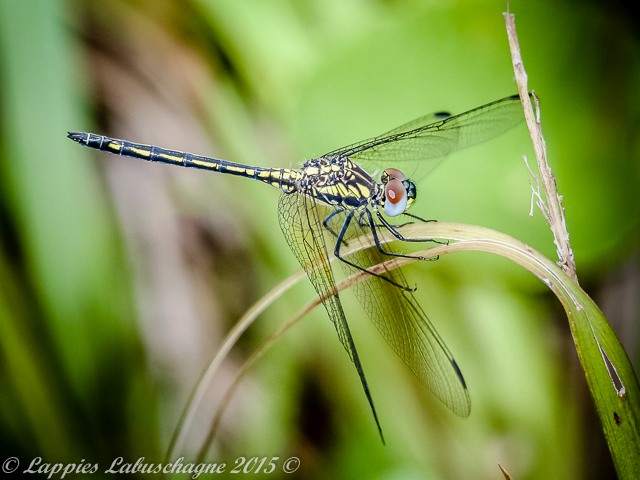 Small with a characteristic uniform powdery blue thorax and a black with yellow abdomen with yellow lengthwise dashes either side of a central dorsal black line. Occurs throughout much of South Africa, but absent (not yet recorded) from the dry northern Cape and NWP.
Prefers mostly streams, but also rivers and standing waters, in open landscapes, but sometimes
in open areas in forest or shaded by gallery forest. Usually with emergent vegetation and often a sandy, soft (like muddy)
and/or probably gravelly bottom, probably especially calmer sections (like pools) with coarse detritus.
From 0 to 2200 m above sea level, but mostly below 1900.

Websites:
The IUCN Red List of Threatened Species  Least Concern
A Visual Guide to the Damselflies and Dragonflies of South Africa