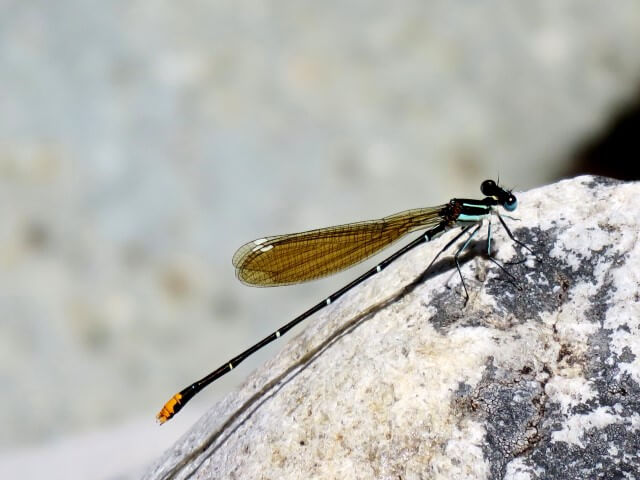 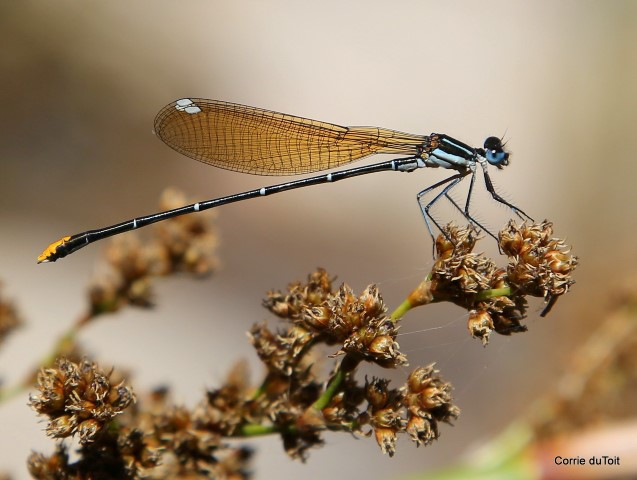 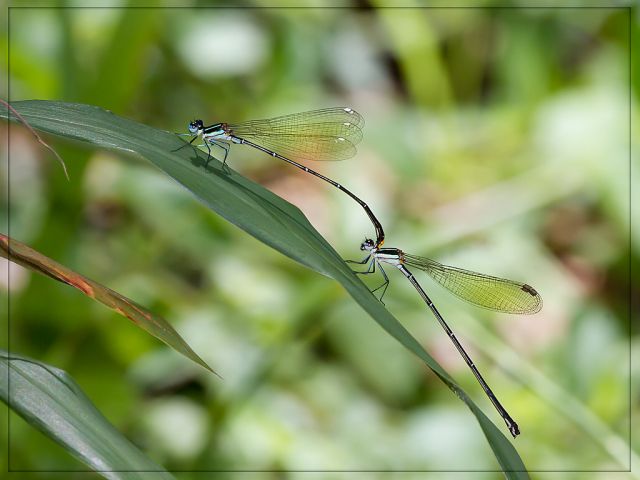 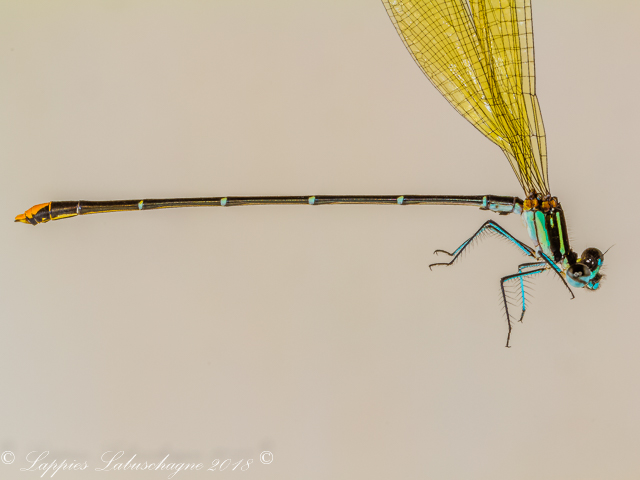 Goldtail, Allocnemis leucosticta is endemic to South Africa. Clear, shallow, forest streams.
Varies from well forested areas to occasional bushes and trees.
Montane forests along the coastal highlands from Western Cape - to Limpopo Provinces.
From 0 to 2400 m above sea level.