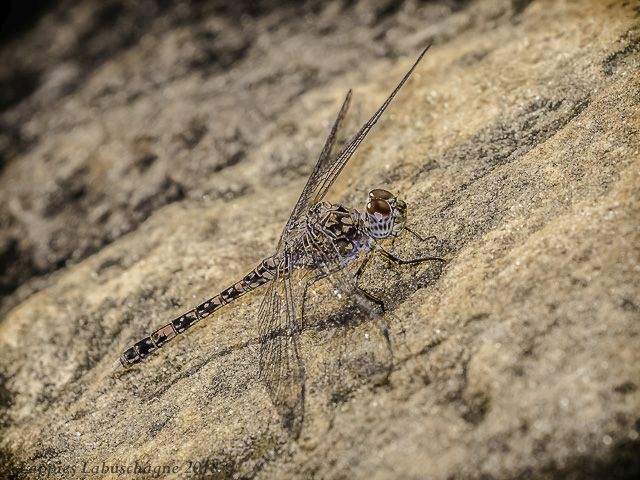 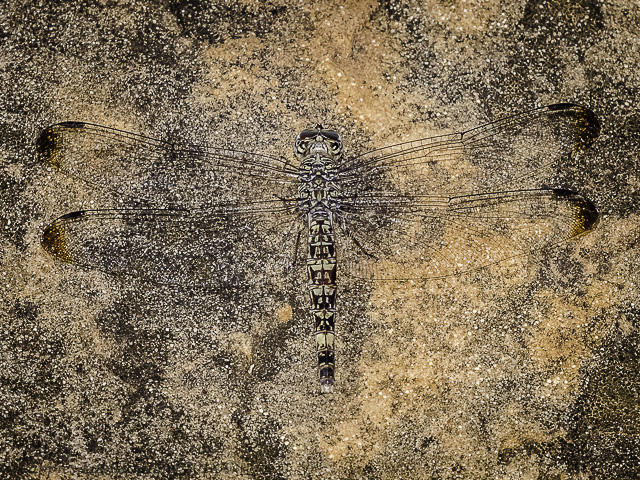 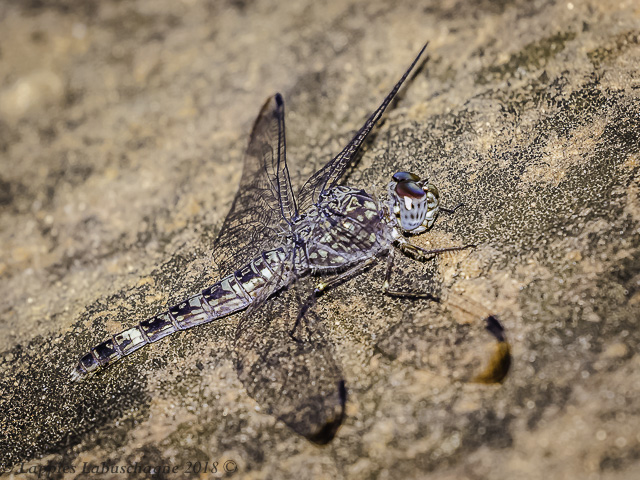 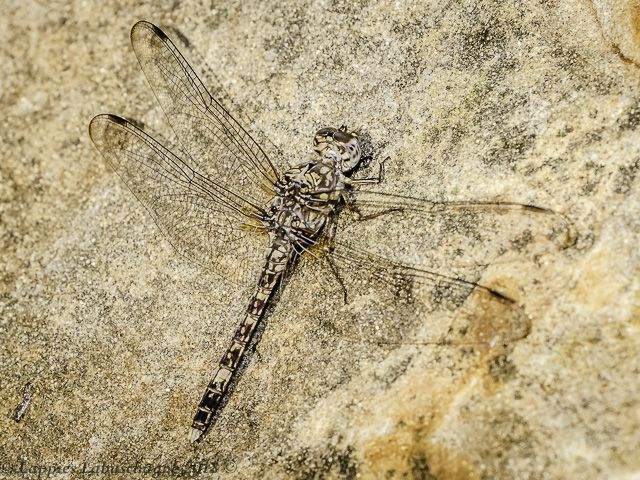 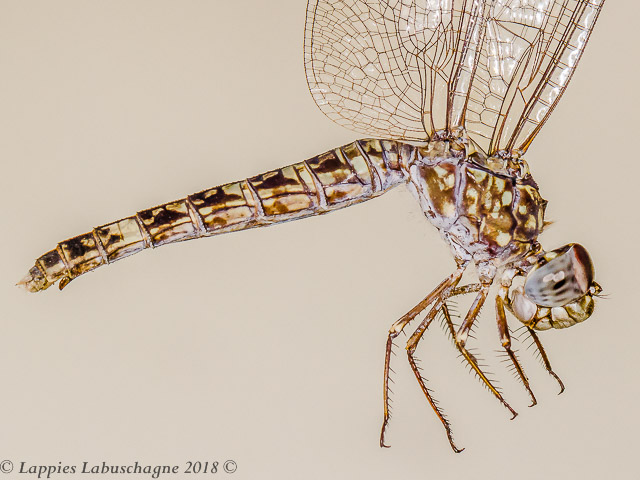 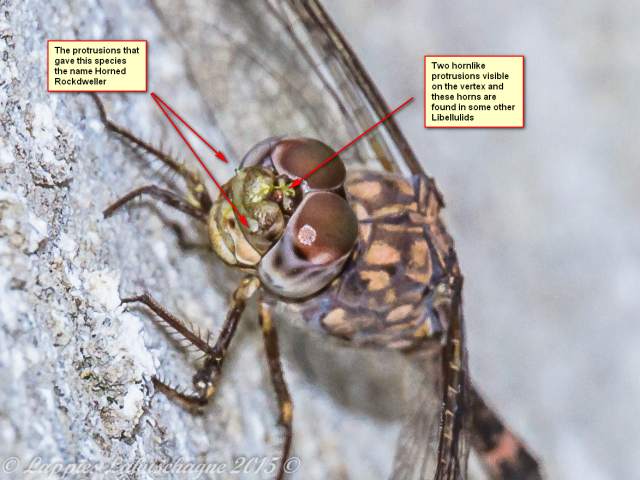 Click on all images to enlarge or vie more

Medium-sized, all mottled brown and grey dragonfly, with horned shaped protrusion on the head (frons and vertex), long wings and short all mottled grey, brown and grayish yellow abdomen.

Click here for diagram of the horns of the Horned Rockdweller

Found in the warm northern and eastern areas of South Africa and Africa south of the equator excluding (not confirmed)
the western countries like Angola
Rocky outcrops and domes with rain pools (sometimes stagnant) or in pools at or near fast, lowveld rivers in which it breeds.
Will easily settle on man-made structures like brick walls and other cement structures like the walls of dams resembling rocky outcrops.