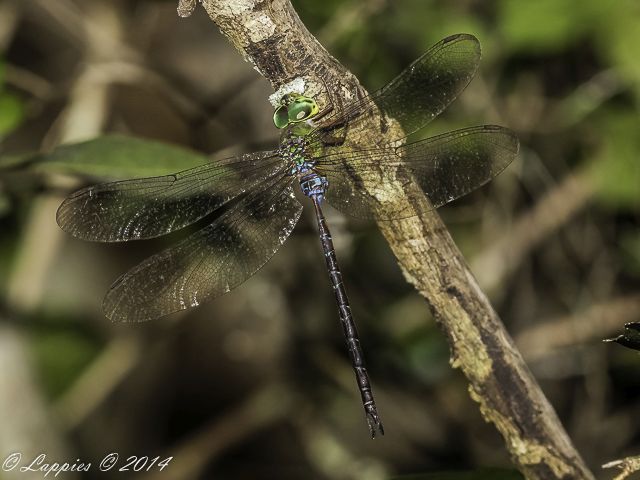 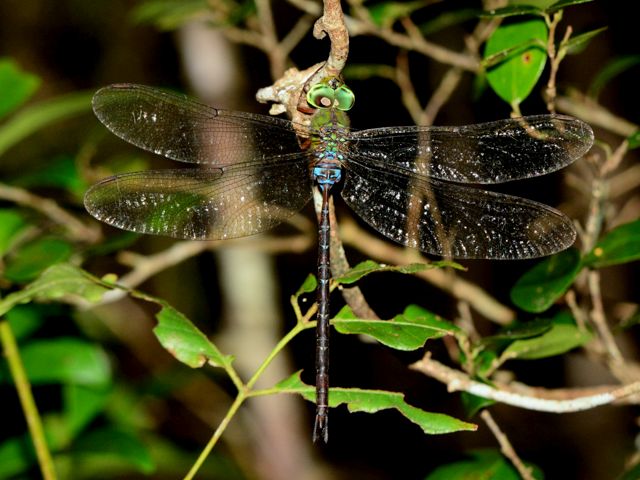 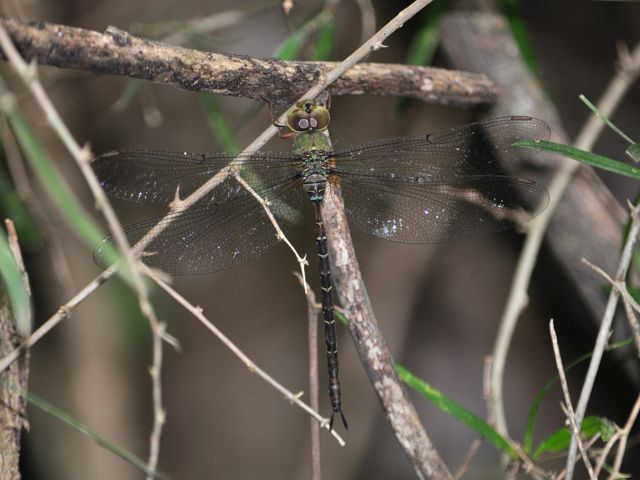 Click on all images and links to enlarge, view more or open

Very large sized, slender and dark brown with blue and green spots between the wings.

Recorded in northern KZN coastal forest. It may have a much wider range than currently known because it is
difficult to record because of its habits.
Globally, it occurs in coastal forest areas of eastern and southern Africa (Kenya to South Africa, Malawi).).
Prefers thick swampy coastal forest.

Websites of interest
A Visual Guide to the Damselflies and Dragonflies of South Africa
The IUCN Red List of Threatened Species.
Odonata Atlas of Africa VMU Number 664350
African Dragonflies & Damselflies.