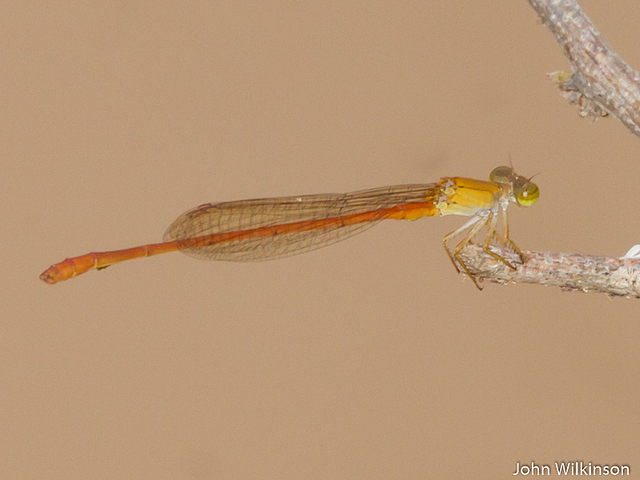 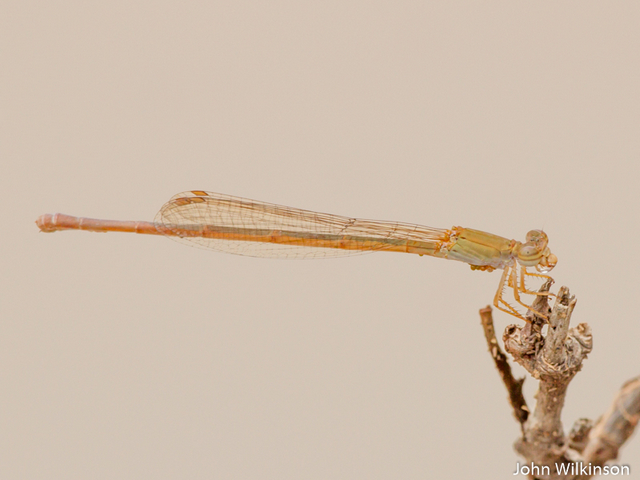 Suave Citril Ceriagrion suave is medium sized and all orange. without any projections on S10

Suave Citril Ceriagrion suave Snoepie-aljander is highly localised, having only been recorded in the northeast of South Africa and Swaziland.
It occurs at pools, waterholes and marshes particularly in flooded areas May breed in temporary pools. It rests and flits among the tall grasses and sedge.
From 0 to 1900 m above sea level, but mostly below 1300.