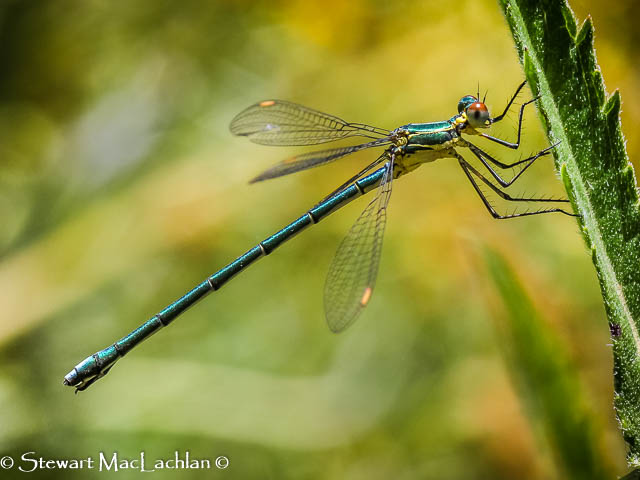 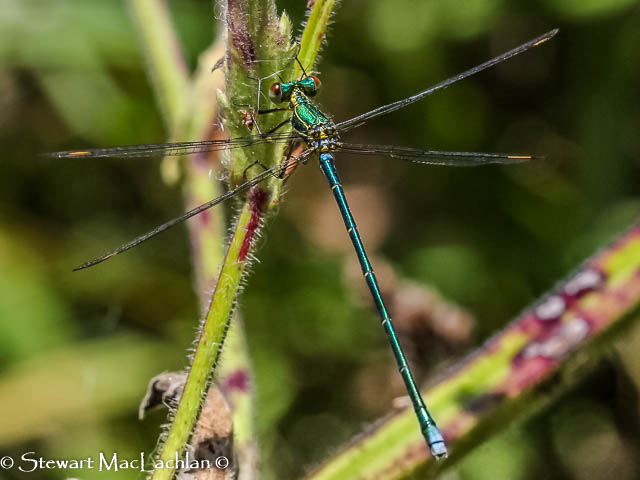 Amatola Malachite, Chlorolestes apricans, Amatolamalagiet is medium-sized, with striking, metallic green to copper body with white pruinescent patches on prothorax and synthorax between wing bases. Wings can be clear or banded (Blueish white with brown towards the outside).The smallest Malachite found in South Africa. 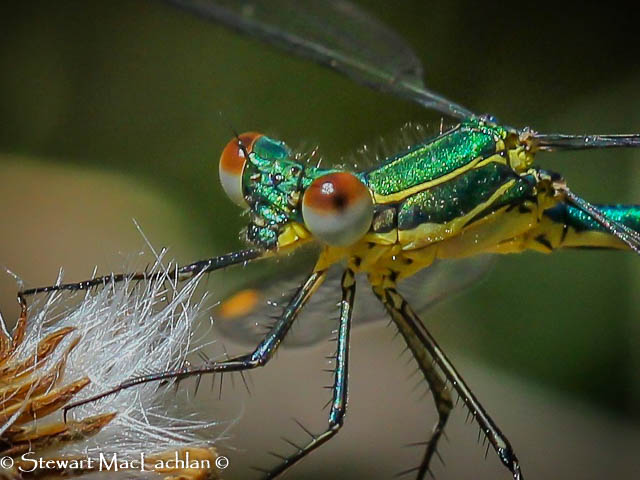 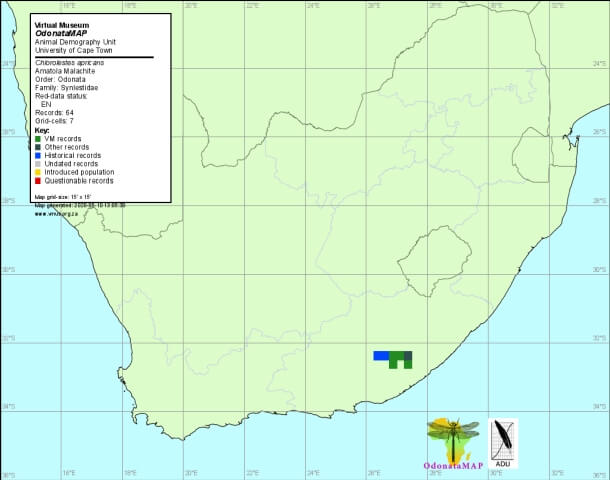 Endemic to South Africa and highly endangered due to habitat destruction.

Websites of interest:
A Visual Guide to the Damselflies and Dragonflies of South Africa
The IUCN Red List of Threatened Species   ENDANGERED
Odonata Atlas of Africa VMU Number 660060
Wikipedia