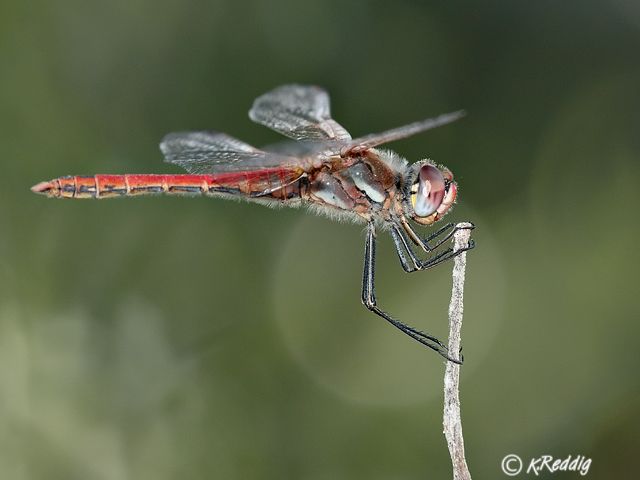 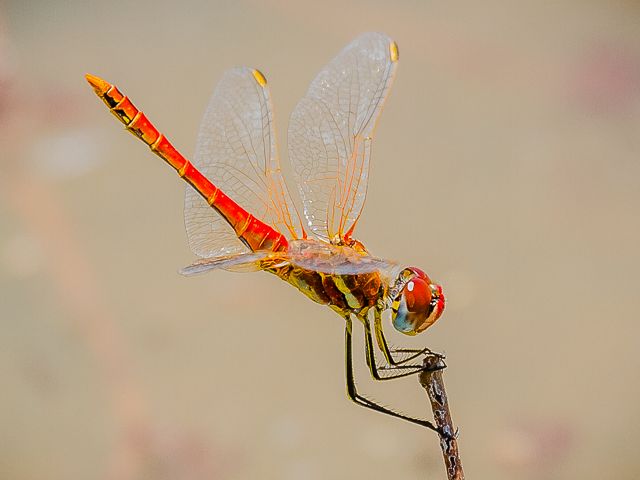 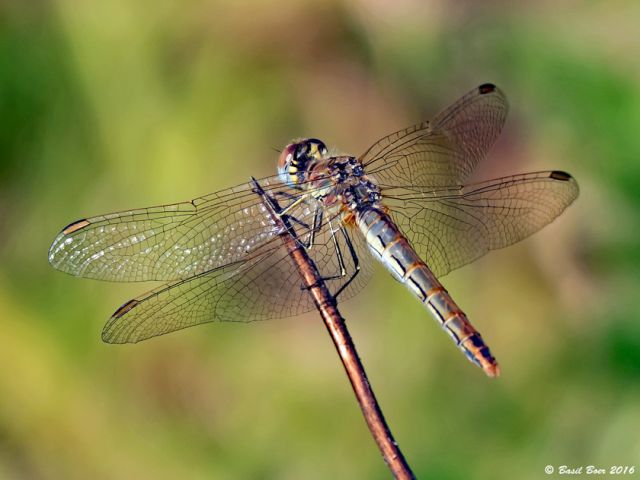 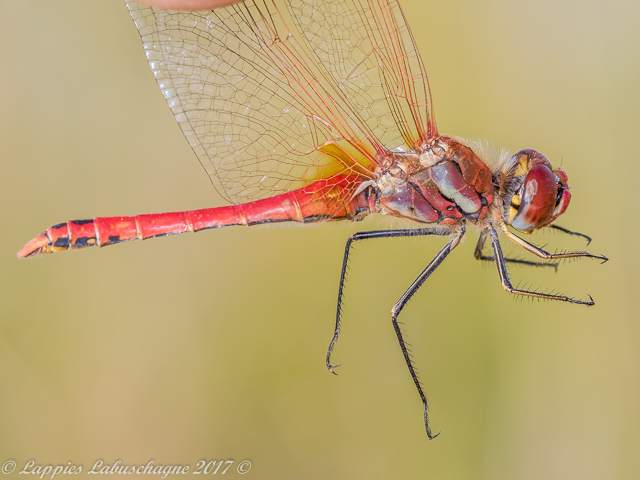 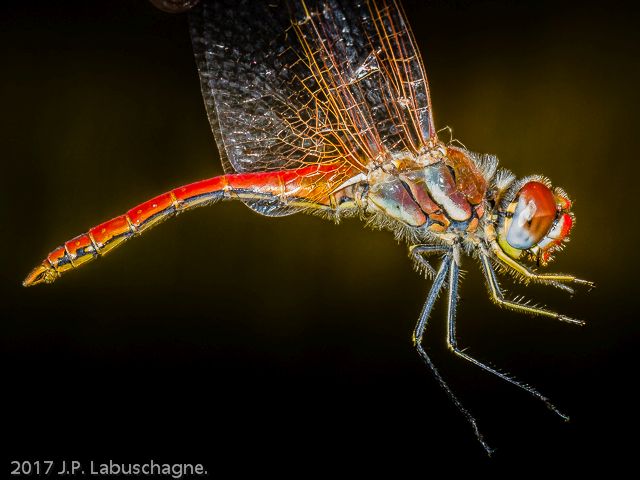 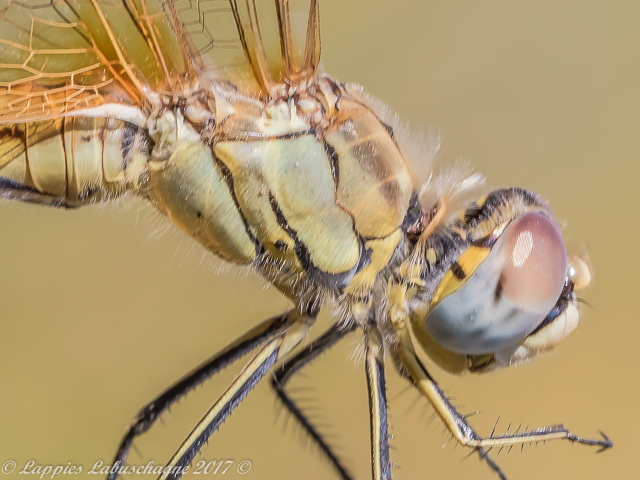 Widespread throughout South Africa, even up to 2 700 m elevation. Its range extends to Europe,
Madagascar and Asia and it is a wandering and migratory species. Found in, and reproduces in, a wide range of habitats
(permanent and transient shallow and sunny standing waters, man-made barrage lakes, tanks and ponds, permanent and seasonal rivers and streams). The eggs and larvae develop rapidly and S. fonscolombii unlike many other dragonflies has more than one generation a year.
One of the first Dragonflies on the wing in spring